Things are looking brighter! But not the stars 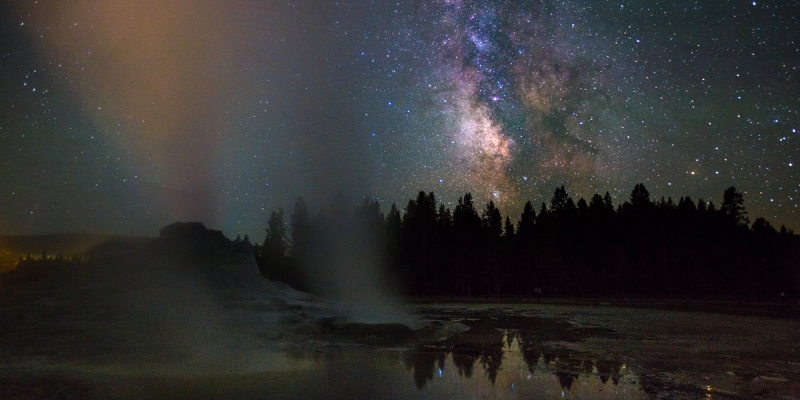 Growing up in Montana I remember looking out at night and seeing the Milky Way, reminding me of my insignificance in the universe. Now that I live in a city, such introspection is no longer easy, and like 1/2 of humanity that also lives in urban areas, I must rely on satellites to provide the imagery. Yet satellites are part of the problem. Light pollution has been getting worse for decades, and with the recent steady stream of satellite launches and billionaire joyrides we have a relatively new addition to the sources of interference. So how bad is it, and how much worse will it get?

Looking up at the night sky, you can usually tell the difference between various man-made objects. Planes go fairly slowly across the sky, and you can sometimes see them blinking green and red. Meteors are fast and difficult to see. Geostationary satellites don’t appear to move at all because they are orbiting at the same rate as earth’s rotation, while other orbit types will zip by.

SpaceX has committed to reducing satellite brightness, and some observations have confirmed that new models are a full magnitude darker, right at the threshold of naked-eye observation. Unfortunately, it’s only a step in the right direction, and not enough to satisfy astronomers, who aren’t looking up at the night sky with their naked eyes, naturally.

The satellites aren’t giving off the light themselves. They are merely reflecting the light from the sun back to the earth, exactly the same way the moon is. Thus something that is directly in the shadow of the Earth will not reflect any light, but near the horizon the reflection from the satellites can be significant. It’s not practical to only focus our observatories in the narrow area that is the Earth’s shadow during the night, so we must look closer to the horizon and capture the reflections of the satellites.

What Would Satisfy Astronomers?

While it’s entertaining to imagine astronomers as crotchety old men shaking their fist at the sky and yelling “get off my lawn” at the passing satellites, their concerns are valid, and the impacts are measurable and potentially catastrophic.

When photographing the stars, the galactic paparazzi are using complicated and sensitive equipment. The exposure times are very long in order to gather enough light. But when a satellite passes over, its brightness can saturate the CCD, which doesn’t just ruin one pixel in the image, but a whole line as the satellite streaked through the shot. Further, the camera is focused way beyond low earth orbit, so the satellite is blurry, making the thin line into a wide gash across the image. Thus in any given image, the efficiency of the image, or how many pixels are usable, is significantly impacted by any satellite passing overhead.

Even if the satellites were completely black, though, their passing in front of stars would cause the stars to appear have brief dips in brightness. Rather than having a bright gash across the image it would be a dark gash. Astronomers use dips in brightness for everything from exoplanet detection to estimations of nebula density.

The relative movement of all of the celestial bodies, and the rotation of Earth and position of the observatory are all calculated by a scheduler that determines when the best time is to take a photo of a specific part of the sky. It’s certainly possible to add the positions of satellites into that calculation to determine when is the optimum time to take a photo without interference. But with thousands of satellites already in space, and tens of thousands more planned, the windows are getting shorter and shorter, the delays until the right time is available are getting longer and longer, and the calculations become not about avoiding images with satellites but just reducing the number of gashes.

Astronomers can calculate the exact loss of efficiency caused by the satellites. At the Rubin Observatory LSST, they have found that with 48000 LEO satellites in orbit, about 30% of all LSST images would contain at least one satellite trail, and at least 1% of pixels would be lost. Further, because multiple images must be taken to compare, and a lot more math has to be applied to pixels to mathematically erase the trails (as long as the pixels hadn’t reached saturation), the extra effort required would extend surveys by several months.

The effects could be catastrophic. When it’s so bright in here that we can’t see out, we can’t identify external threats, like approaching asteroids. We already know where many of the nearby stars are and the mechanics of their motion, but we don’t often know about the much smaller, much dimmer asteroids that may have paths we don’t know about, that could intersect with ours. Being able to detect them requires constant attention to the vastness of our surroundings, and they could easily be masked by a passing satellite, delaying their detection.

So what’s the right amount for astronomers? The idealists might say only theirs. The pragmatic want to work with the space companies to take measures to reduce their impact. And the fearful worry that if efforts aren’t put in from the beginning then it will become a free-for-all with nobody bothering to put in the work to reduce their impact.

What About Us Plebs?

It’s one thing for the individual satellites to be visible to the naked eye, but even if they were darkened, the cumulative effect of tens of thousands of satellites scatters enough light that the night sky becomes brighter overall. With all the objects currently in the sky it’s estimated to be about 10% brighter already than it was in the 70s. If you live in the city and can’t already see the stars, maybe this doesn’t affect you at all. But for everyone else, this may mean the difference between seeing the Milky Way and not. Being able to see it in Montana was profound; for the whole world to be denied that so that some people can get better Internet is disappointing. 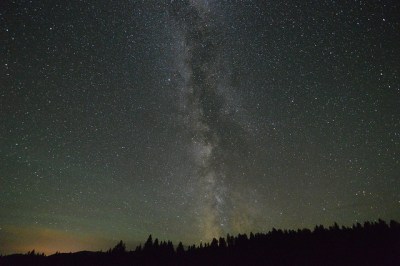 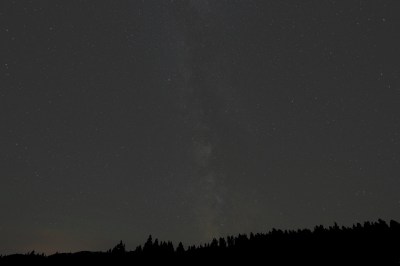