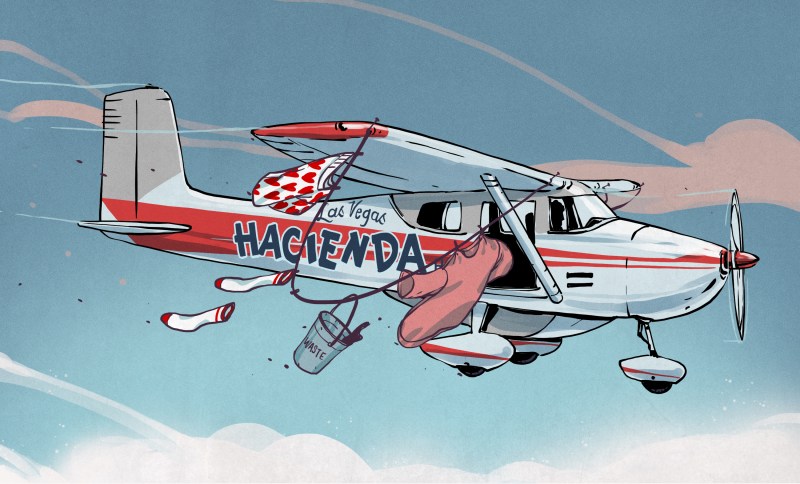 Often, when we think of long-endurance flights, our first thoughts jump to military operations. Big planes with highly-trained crew will fly for long periods, using air-to-air refuelling to stay aloft for extended periods.

However, many of the longest duration flights have been undertaken as entirely civilian operations. The longest of all happened to be undertaken by that most humble of aircraft, the Cessna 172. From December 1958 to February 1959, Bob Timm and John Cook set out to make history. The duo remained aloft for a full 64 days, 22 hours and 19 minutes, setting a record that stands to this day.

A Test of Endurance

One might expect that such an effort was undertaken to push the envelope or to strike new ground in the world of aerospace engineering. However, the real truth is that Bob Timm was a slot machine mechanic and former bomber pilot who worked at the Hacienda casino in Las Vegas. Proprietor Doc Bailey was always on the hunt for promotional ideas, and Timm pitched his boss that a record attempt in a plane bearing the casino’s branding would be a good way to go. Bailey agreed, and committed $100,000 to the effort.

Modifications to prepare the aircraft for the stunt took the best part of a year. The pint-sized Cessna was fitted with a 95-gallon belly tank, paired with a electric pump that could transfer fuel to the main wing tanks as needed. Special plumbing was also added that would allow the engine oil and filters to be changed while the engine was still running.

The interior was stripped out, and the standard co-pilots door was also removed, replaced with a folding-style accordion door instead. A platform was also rigged up that could be extended out of the co-pilot’s side of the aircraft. This allowed the co-pilot some additional room to move during the crucial refuelling operations.

Refuelling was handled by lowering a hook via a winch down to a fuel truck that would trail the plane on a straight stretch of road, usually twice a day. The winch would then pull up a fuel hose from the truck, which would be used to fill the belly tank in around three minutes. The same system was used to regularly pull up food, oil and other supplies like towels and water for shaving and bathing.

Initial attempts faced issues. The plane had been fitted with a brand-new engine from Continental Motors Corp., fitted with an alcohol injection system at Timm’s insistence, despite the protests of lead mechanic Irv Kuenzi. The aim was to reduce carbon build-up over the long duration flight, but the engine suffered burnt exhaust valves which curtailed the third attempt. After the first three flights, the plane had never stayed aloft longer than 17 days.

Other hurdles came up, too. Timm wasn’t getting along with his co-pilot, and pilots Jim Heth and Bill Burkhart had just set a record of their own. The duo had managed to fly their own Cessna 172 for a full 50 days, landing on September 21 1958. It was clear changes were needed.

For the next attempt, Kuenzi reinstalled the plane’s original engine, which had 450 hours on the clock. The alcohol injection system was quietly modified to harmlessly squirt the alcohol overboard instead of into the engine. The original co-pilot was dismissed, and 33-year-old John Wayne Cook, a pilot and airplane mechanic, was given the job instead.

The plane took off once more on December 4, 1958, at 3:52 PM from McCarran Field, Las Vegas. Officials monitoring the record chased the plane down the runway in a convertible Ford Thunderbird, putting white paint on the tires as an indicator to ensure the plane didn’t make any secret landings during the attempt.

Over the course of the near-65 day flight, the plane was refuelled by its truck over 128 times. This, and the job of flying the plane kept Timm and Cook plenty busy. What downtime was available was spent reading comics and making up simple games such as counting cars on the roads below to pass the time.

Fresh meals were cooked for the duo by the chefs at the Hacienda, though the food had to be chopped up to fit in thermos containers to be passed up to the plane. Bathroom duties were handled with a folding camp toilet and plastic bags, which were then deposited over uninhabited areas of the desert.

The long flight wasn’t all trouble-free, as one might expect. An incident on January 12, 1959 saw Timm caught out while bathing on the platform outside the co-pilots door. With Cook at the controls, the pilot realised the plane would not clear a ridge with the platform extended, and quickly yelled to Timm to pull it in. Reportedly, Timm wrestled with the platform naked with toothbrush still in mouth, managing to avoid the ridge in time. The scare pushed the duo to reschedule their bathing activities for times when they were flying over safer areas.

The long flying hours, high work load, and poor sleep began to wear on the crew over time. On January 9 around 2:55 AM, Timm fell asleep while flying over Blythe, California, a few minutes before the end of his 4-hour shift. Cook remained asleep, and Timm eventually woke up at 4 a.m, with the aircraft having flown itself for over an hour with the wing-levelling Mitchell autopilot keeping the plane in the air. Speaking to a reporter after the flight, Timm noted “I made a vow to myself that I would never tell John what had happened.”

Over time, equipment failures began to stack up. A generator failure meant that fuel transfers to the wing tanks had to be done using a hand pump. Other failures took out the autopilot, various lights, the tachometer, as well as the fuel gauge for the belly tank and the crucial winch. With the engine racking up over a thousand hours of continuous operation, carbon build-up was starting to reduce engine power, too, making it difficult to climb the plane with the fuel tanks brimmed.

On February 7, 1959, the plane finally landed at McCarran Field. The pilots reportedly had to be helped out of the airplane, which looked somewhat the worse for wear after its extended adventure. The plucky Cessna that could had covered over 150,000 miles in the course of its journey.

Afterwards, Cook continued on as a pilot, while Timm resumed working on slot machines at the casino. As for the plane, it was shown off at the Hacienda for two years after the record flight. It then went to a new owner up in Canada for some years, before Timm’s son Steve located it and brought it back to Vegas in the late 1980s. The plane now hangs in the McCarran International Airport, above the baggage claim area for incoming passengers.

The flight serves as a great example of endurance of both machine and man. Running a small aircraft engine from the 1950s for 1500 continuous hours is remarkable. Similarly, Living in such a confined space with continual noise for over two months is one hell of a feat. It may be for that very reason that the record has not yet been beaten.

One could imagine, with the resources of the world’s militaries, that a much more comfortable record attempt could be made on a larger bomber or transport aircraft. With more crew and more room to move, the feat need not be so onerous. However, given a tiny 1950s Cessna was able to achieve such a great record, there is perhaps little to prove by going further!