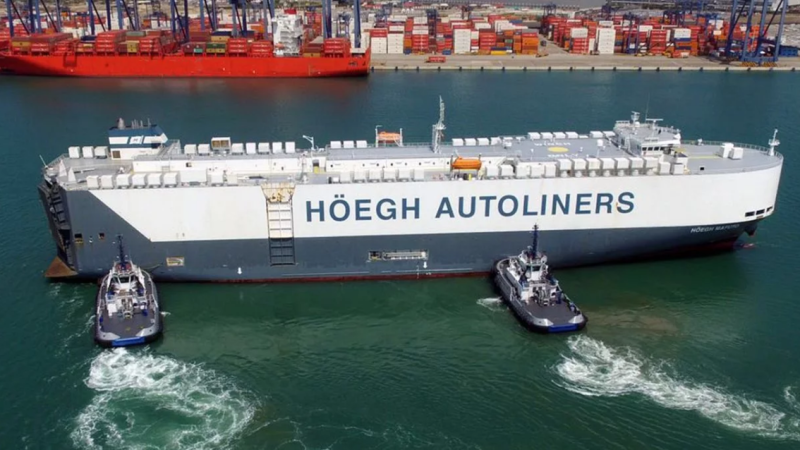 YouTube does a pretty good job of making itself a target for criticism, but one thing you can say about their algorithms: when they work, they really work. Case in point, the other day I found a suggestion in my feed for a very recent video about salvaging a shipwreck. I can’t begin to guess what combination of view history and metadata Google mined to come to the conclusion that I’d be interested in this video, but they hit the nail on the head.

But more importantly, their algorithmic assessment of my interests must have been a goldmine to them — or it could have been if I didn’t have a minefield of ad blockers protecting me — because I fell down a rabbit hole that led me to a bunch of interesting videos. As it turns out, the shipwreck in that first video was of a cargo ship that was carrying thousands of brand-new automobiles, which were all destroyed in the fire and subsequent capsizing of a “roll-on/roll-off” (RORO) vessel off the coast of Georgia (the state, not the country) in 2019.

Thus began my journey into RORO vessels, on which automobiles and other bulky cargo are transported around the world. And while my personal assessment of the interests of Hackaday readers probably is not as finely tuned as Google’s algos, I figured there’s a better than decent chance that people might enjoy tagging along too.

Coming into that first video without any context was a little rough, since it was mostly drone footage of a rusting section of what was once the MV Golden Ray sitting on a dry-dock barge. The section had contained hundreds of cars, the rusted remains of which were now being plucked out by a very skilled grapple operator. The scale of each of the seven sections the vessel was cut into during salvage was staggering, so naturally I looked up the Golden Ray to see what such a monstrous vessel looked like, at least in better days.

RORO ships are designed to carry anything that can be driven onto them, either under their own power or with the help of some kind of tug or tractor. A lot of passenger ferries fall into this class of vessels, but behemoths that move cars and trucks are the stars of the class. The largest RORO right now, the MV Tønsberg, is 265 meters long, 32.27 meters in the beam, and can carry 41,000 tons of cargo. Depending on the mix of cargo, that’s somewhere in the neighborhood of 8,000 cars.

Like most cargo vessels, ROROs are extremely optimized for the kind of cargo they carry, and since they’re intended to have vehicles drive on and off them, they look very much like floating parking garages. They are aggressively unattractive vessels, boxy and angular, but unlike their equally ungainly container vessel cousins, ROROs store all their cargo below decks. ROROs are designed to be berthed alongside a quay, which gives rise to their most distinctive feature — the stern ramp. Built into an angled section of the stern quarter, the ramp is no mere gangway. It’s really a folding two-lane highway on-ramp, some 12 meters wide and capable of carrying hundreds of tons. The lower half of the ramp also serves as the watertight door when it’s stowed, and so it’s a very complex and important piece of equipment.

Once the ramp is open, cargo operations can begin. ROROs typically make stops at multiple ports during a voyage, and so cargo is usually both loading and unloading at the same time. This leads to an absolutely fascinating ballet of movement, as sometimes hundreds or thousands of cars are shuffled around. The logistics involved are just mind-boggling — extreme care has to be taken to load cars such that they aren’t obstructed by cargo destined for a later port-of-call, since that would lead to “shifting”, a time- and resource-intensive process of moving vehicles out of the way temporarily.

The amount of labor needed to load and unload a RORO is staggering. Each vehicle has to be driven on or off the ship, so the more drivers, the faster it goes. Everything needs to be carefully choreographed so that cars are constantly in motion, and that no accidents occur. Drivers typically operate in small squads; each squad is accompanied by a large passenger van that can shuttle them quickly back on or off the ship when they’re done unloading or loading a car. That maximizes the number of pieces of cargo each driver can handle in a shift.

While the bread-and-butter of most RORO operators lies in shipping new passenger cars and trucks, that’s far from the only cargo they’ll carry. Many ROROs have the ability to adjust sections of their decks and ramps to accommodate “high and heavy” cargo. This can run the gamut from tractors to buses to heavy construction equipment, or anything that can be wheeled through the stern door.

No matter what rolls onto a RORO, it has to be secured before the voyage starts. RORO decks have cutouts for lashing straps, and there are exacting specifications for lashing each vehicle. The vessel’s crew has to walk the decks and check each and every lashing strap once every three days while underway, to tighten up any straps that slacken due to vibration. Given that cars are often packed with only a few centimeters of space between them, this requires a certain degree of nimbleness.

If you’ve got the time to spare, I found the documentary below with a detailed look into RORO operations — and as a bonus, a look at the complex process of a Panama Canal passage. It’s always satisfying to learn a little more about how the world’s supply chains work, and cases where it doesn’t work too.