Retrotechtacular: Double For Nothing 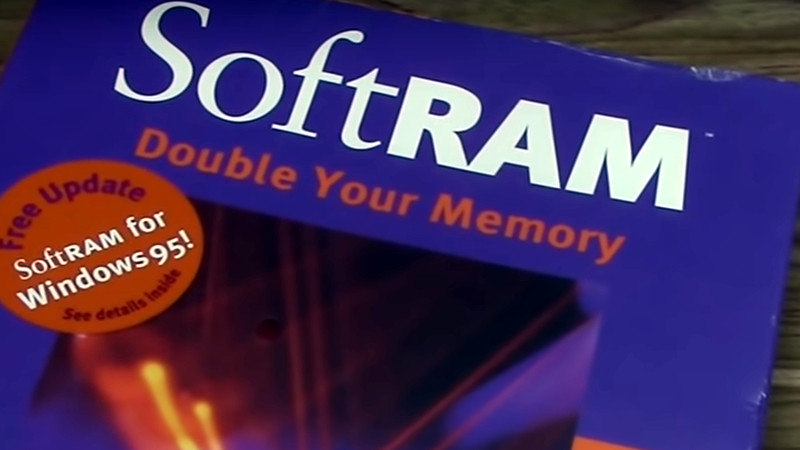 If you are in the market for web hosting in 2021 and you sign up with one of the cloud computing providers, you’ll soon see how the different resources are priced. Storage and bandwidth are cheap, while CPU time is expensive. This reflects the state of a modern computer, in which a typical disk drive now holds a terabyte or more and rising by the year while a new processor is becoming a bottleneck whose performance hasn’t increased as much as the manufacturers would like over models from years ago.

Twice As Much Hardware From A Bit Of Software?

In the early 1990s though it was a different matter. A 486 or early Pentium processor was pretty powerful compared to the DOS or Windows 3.1 software it was expected to run, and it was the memory and disk space attached to it that limited performance… and cost an arm and a leg. There was a period in about 1995 when a supposed fire in a chip factory somewhere sent RAM prices into the hundreds of dollars per megabyte, briefly causing an epidemic of RAM raiding in which criminals would break into offices and take only the SIMs from the computers.

A solution to this problem came perhaps surprisingly from the software industry. Disk Doubler was a DOS driver that promised more disk space, achieving this seemingly impossible feat by compressing the disk to fit more data on it. Processor power swapped for disk space was a reasonable trade at the time so it became extremely popular, and eventually Microsoft incorporated their own disk compression into DOS. In some cases it could even speed up a computer with a slow disk drive, as I found out as a student with a 286 packing an MFM drive.

Something For Nothing, Perhaps It’s Too Good To Be True.

If compression could increase disk space then couldn’t it do the same for RAM? The industry came to the rescue once more with an array of RAM doubler products, first applying the disk doubling technique to on-disk virtual memory, and then doing the same with the contents of the memory itself. The first approach worked at the expense of a system slow-down, while the second, not so much. In fact it was little more than a scam, with software products promising much but delivering absolutely nothing behind the scenes.

The video below the break takes a look at Syncronys SoftRAM, and takes us through its operation. There were RAM optimisers for WIndows 3.1 that worked by moving as many items as possible from the 640k of conventional memory in a DOS PC to the extended memory supported by 386 and higher processors. These worked very well in allowing many more processes to run, but while they increased the available conventional memory, they didn’t claim to deliver any extra memory.

SoftRAM by comparison appeared to work in exactly the same way as the disk doublers, and had an impressive dashboard with a meter showing just how much extra memory you had gained by using it. Unfortunately that was the only thing the software did, and investigators soon rumbled the scam. Lawsuits and an FTC investigation followed, and the company finally folded in 1998 with many of its fines and rebates for users unpaid.

At the time, most non-corporate PC users were sitting in front of their first computer, usually bought from a big-box electronics retailer more used to selling appliances. They were sold on wonders of the age such as CD-ROM multimedia discs, and their owners had not yet learned to mistrust software products of uncertain provenance. The term coined for SoftRAM was “Placebo software”, for software that simply reassured the user it was doing something such that they imagined their machine was faster. Given that the company sold 700,000 copies of the software and many of those users never even suspected that there was anything wrong with it, evidently they were on to something.