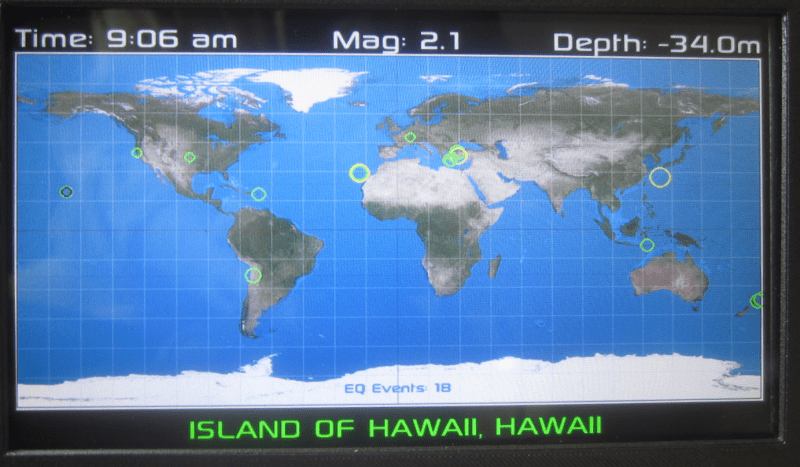 What do you do when you stumble across a website posting real-time earthquake data? Well, if you’re [Craig Lindley] you write some code to format it nicely onto a display, put it in a box, and watch it whilst making dinner.

[Craig] started off with coding in Forth on the ESP32, using ESP32Forth, but admits it didn’t go so well, ditching the ESP32 for a Raspberry Pi 3 he had lying around, and after a brief detour via C++, he settled on a Python implementation using Pygame.

A case was 3D printed, which he says worked OK, but needs a little tuning to be perfect. There is no shortage of casing options for the Pi with the official 7″ display, [Craig] suggests that it probably wasn’t worth the effort to 3D print the case and if he was building it again would likely use a commercially available option which had a better fit.

When developing the code, and watching it work, he noted clusters of earthquakes around Hawaii, then he found out Kilauea had just gone up. Wow.

For a similar take, check out this other recent build using an ESP32 and the same data source.