Put a Landscape Scanner On Your Bike And Ride 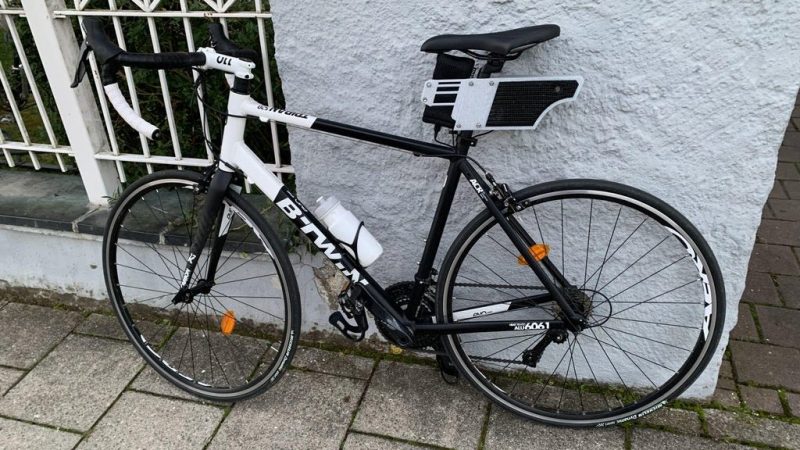 Google have a fleet of cars travelling the roads of the world taking images for their online StreetView service. You could do much the same thing pedalling on two wheels, with the help of this landscape scanner from [Celian_31].

The basic concept is simple. A powerbank on the bike runs a Raspberry Pi, kitted out with its typical Pi Camera within a 3D-printed housing. A reed switch on the bike’s frame detects pulses from a magnet attached to the valve stem of one tire, and this is used to trigger the taking of photos at regular intervals with the aid of a Python script. Further scripts are then used to knit all the photos taken on a ride together into one contiguous image.

It’s unlikely you’ll recreate Google’s entire StreetView in this fashion. You’d probably want a spherical camera anyway. However, if you wish to undertake regular static surveillance of your local area in an inconspicuous fashion, this would be a great way to do it while also staying in shape. If you do that, please don’t tell us as it would be a major violation of operational security. We’d love to hear about any other projects, though! Video after the break.