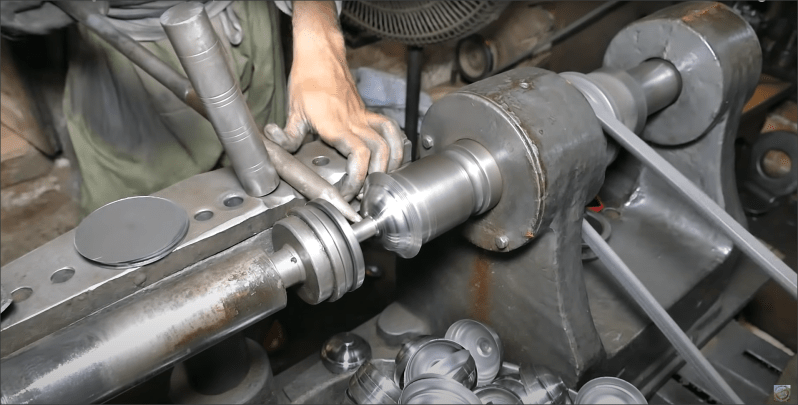 We in the West take quite a lot for granted. We’re used to certain standards of care in our homes and our places of work, so much so that we rarely even take time to notice it. Workplace accidents are a big deal, and failing to report can lead to you finding yourself being shown the door. So it’s a little sobering to see how things get made in countries with a less stringent approach in certain areas of basic health and safety.

With the urge to drive prices to the lowest possible, low-tech items such as clothing and housewares tend not to be made in highly sophisticated, automated factories, but more likely in smaller facilities employing more labour, which favours countries where such labour is cheaper and more available. The video we’re highlighting here shows a small factory in what is likely Pakistan (but equally could be a few other places, we’re only guessing) which would seem fairly typical for the level of sophistication required to make enameled teapots.

The video shows the production process, starting from sheet steel cut by hand with shears, which is trued before being stamped into a shallow dish. These first two machines are driven by exposed belts, which is particularly risky, given the style of free-flowing fabric clothes several of the workers wear. In the background you can see electrical wiring just slung around, hanging off nails. The whole building is the same, improvised machines with no protective features, managed by skilled manual workers dedicated to their allocated task, all working in perfect unison. It’s lovely to watch, but also saddening at the same time, as you know those guys are right in the middle of a thousand potential hazards, and only their skill and dexterity is stopping something bad happening. The machines themselves are heavily worn all over the place, but clearly hacked by someone there knows enough to just keep them ticking over. Just checkout the deep wear in the tool rest at [4:20] in the video!

Thanks [Todd] for the tip!