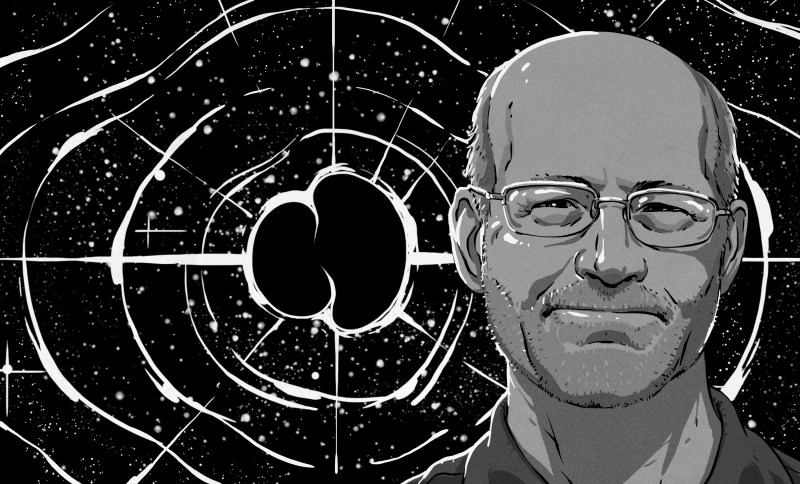 It is my pleasure to announce that Keith Thorne has graciously agreed to deliver a keynote take at Hackaday Remoticon 2. Get your ticket now!

Keith is an astrophysicist and has worked on the Laser Interferometer Gravitational-Wave Observatory (LIGO) since 2008, literally looking for ripples in space-time that you know as gravitational waves. The effects of the phenomena are so subtle that detecting an event requires planet-scale sensors in the form of 4 km long interferometers placed in different parts of the United States whose readings can be compared against one another. A laser beam inside these interferometers bounces back and forth 300 times for a total travel distance of 1,200 km in which any interaction with gravitational waves will ever-so-slightly alter how the photons from the beam register.

The challenges of building, operating, and interpreting such a device are manifold. These interferometers are the highest precision devices ever devised, able to detect motion 1/10,000 of the diameter of a proton! To get there, the mirrors need to be cooled to 77 nano-Kelvins. Getting the most out of it is what Keith and the rest of the team specialize in. This has included things like hacking the Linux kernel to achieve a sufficient level of real-time digital control, and using “squeezed light” to improve detection sensitivity in frequencies where quantum mechanics is getting in the way. While the detectors were first run in 2015 & 2016, successfully observing three events, the work to better understand this phenomenon is ongoing and may include a third site in India, and a space-based detector in the future.

In getting to know Keith he mentioned that he is excited to speak to a conference packed with people who want to hear the gory technical details of this fantastic piece of hardware. I’m sure we’re all giddy to learn what he has to say. But if you’re someone who wants to work on a project like this, he tipped us off that there’s an active EE job posting for LIGO right now. Maybe you’ll end up doing the keynote at a future Hackaday conference.

Call for Proposals is Still Open!

We’re still on the hunt for great talks about hardware creation. True creativity is fed by a steady stream of inspiration. Be that inspiration by giving a talk about the kinds of things you’ve been working on!