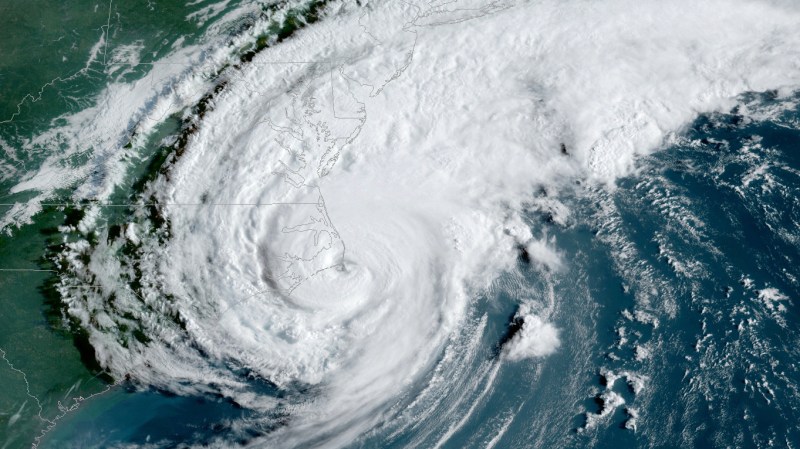 If you live in the right part of the world, you spend a lot of the year worried about hurricanes or — technically — tropical cyclones. These storms carry an amazing amount of power and can change your life. However, we are relatively spoiled these days compared to the past. It is hard to imagine, but there was a time when a hurricane’s arrival was something of a mystery. Sure, ships would report what they encountered, but finding exact data about a hurricane was a bit hit or miss. We often talk about space technology making life better. Weather forecasting — especially for tropical storms — is one place where money spent in space has made life much better on Earth.

The lack of data about storms can be fatal. The Great Galveston hurricane of 1900 took around 12,000 lives. It might have had a better outcome, but forecasters missed where the storm was heading, announcing that it would go from Cuba to Florida which was just totally wrong. Not that a forecaster couldn’t make a mistake today, but with aircraft and satellite coverage, you’d know very quickly that the prediction was wrong and you’d sound the alarm. In truth, the prediction models have become very good over the years, so the chances of this happening today are virtually nil in any event. But being able to precisely locate and track storms helps reduce the impact of the storm and also feeds data into the models that makes them even more accurate for the future.

You’d think it would be a bit of a risk to fly a plane into a hurricane. You’d be right, although if you do it correctly and everything goes well, you stay out of the hurricane but — of course — things don’t always go well.

On July 27, 1943, U.S. Army Air Forces Lt. Col. Joseph B. Duckworth who was an experienced instrument-rated commercial pilot in civilian life, decided to fly into the eye of a hurricane deliberately. He and a navigator found the eye of a storm near Houston and after identifying it, flew into it again with a meteorologist aboard.

The flight was unauthorized and possibly the result of a bet, but the data was useful enough that the service made more hurricane flights later that year and this began a long tradition of hurricane hunter flights.

Of course, in the space age, why do you need an airplane to get a view of a hurricane? The answer is, naturally, you don’t. We take it for granted today that satellites beam images of the Earth down, but that hasn’t always been the case. The Television Infrared Observation Satellite Program (TIROS) in the 1960s was a trailblazer for beaming down pictures of the Earth from space.

According to NASA, TIROS I was a technical marvel for its day:

The spacecraft was 42 inches in diameter, 19 inches high and weighed 270 pounds. The craft was made of aluminum alloy and stainless steel which was then covered by 9200 solar cells. The solar cells served to charge the on-board batteries. Three pairs of solid-propellant spin rockets were mounted on the base plate.

Two television cameras were housed in the craft, one low-resolution and one high-resolution. A magnetic tape recorder for each camera was supplied for storing photographs while the satellite was out of range of the ground station network.

The craft was spin-stabilized and space-oriented (not Earth-oriented). Therefore, the cameras were only operated while they were pointing at the Earth when that portion of the Earth was in sunlight.

The satellite was only operational for 78 days although the next similar satellite flew for over a year.

However, it was TIROS 3 that would make hurricane history. In 1961 it found hurricane Esther. There had been pictures of storms from space before, but Esther was the first storm found by a satellite.

By random coincidence, this storm was also one the Navy used to test a theory that seeding the eye of the storm with silver iodide might reduce storm intensity.

The initial reports were that the seeding cooled water at the eye and reduced storm strength, but later analysis suggests the process was ineffective. Regardless, the ability to search the oceans for storms from orbit was a game-changer. Between advance warning to ships and populations and improved data for forecasting, the capability has saved an untold number of lives as well as dollars of property damage.

The photo of Esther looks decidedly low-tech today. Compare it to this recent image from the GOES satellite of a storm forming:

Hurricane forecasts are now better than ever, especially for position, while intensity forecasts still cause some problems. In addition to getting information to the general public, this is also a boon to the citizen scientist. The data is available if you want to study it, or maybe just to build your own early warning system.