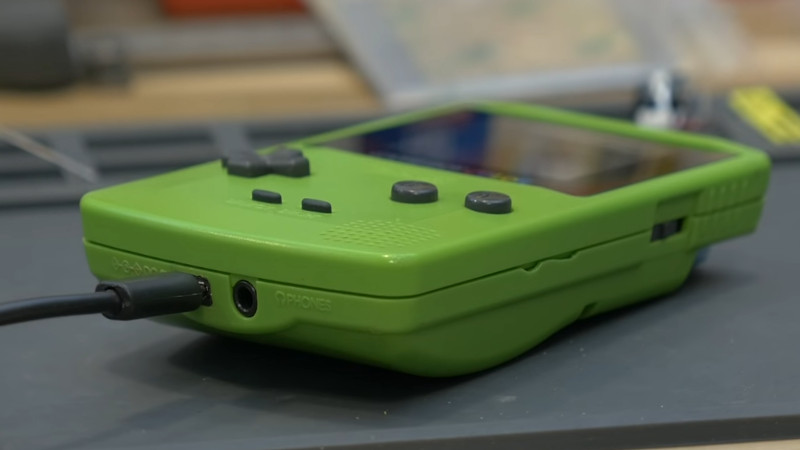 Nintendo’s classic Game Boy has long been the darling queen of the handheld scene. However, with many fans modifying their handhelds with power-sucking features like modern backlit LCDs, running on AA batteries can become a frustrating exercise as they rapidly run out. [esotericsean] gets around that by modifying his Game Boys with a USB rechargeable battery setup. (Video, embedded below.)

The hack is a simple one, but the execution is quite tidy. [esotericsean] starts by removing the original DC jack from the Game Boy motherboard, and hogs out the hole in the case to fit a micro USB port. The original battery housing is similarly carved out to suit a 2000 mAh lithium-polymer pouch cell. A single-cell charging board is used to manage the battery, with its original connector removed and replaced with a neater-looking panel mount micro USB port instead. The electronics is then wrapped up in Kapton tape and stuffed inside the shell as everything is put back together.

The result is a USB rechargeable Game Boy that lasts for ages. [esotericsean] reports playing the console for hours each day for a full week without running out of power. The hack could become popular with chiptuners who often knock AA cells out of their handhelds during the more enthusiastic parts of their sets. We’ve seen similar hacks for other Game Boy models, too.