Building a Water Rocket That Lands Via Parachute 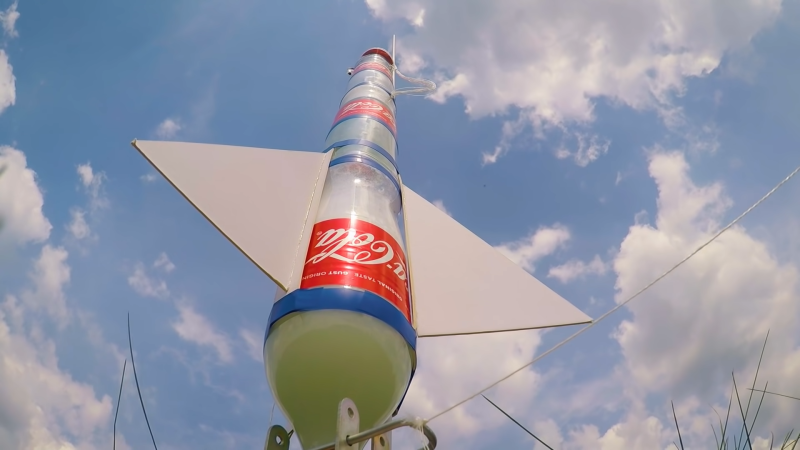 Water rockets are plenty of fun, but they can be even more fun if you go wild with the engineering. [The Q] is one such experimenter, who built a dual-thrust water rocket that even has a parachute for landing!

The dual-thrust concept is an interesting one, and is well explained by fellow YouTube channel [Air Command Rockets]. The basic idea is to use several chambers on the water rocket, one which provides an initial short “boost” phase of high acceleration, followed by a longer “sustain” level of acceleration from a secondary chamber.

It’s a great way to send a water rocket ever higher, but [The Q] didn’t stop there. The build was also fitted with a wind-up module from a little walking toy, colloquially referred to as a “Tomy timer” in the water rocket scene. A rubber band is wound around the timer’s output shaft, holding a door shut containing a parachute. At launch, the windup mechanism is released, and its output shaft turns, eventually releasing the parachute. The trick is setting up the timer to release the chute just after the rocket is done with its thrust phase.

It’s a neat build, and one that would serve as a great guide to those eager to start their own journey down the rabbit hole of advanced water rockets. We’ve seen similar work before, too. Video after break.