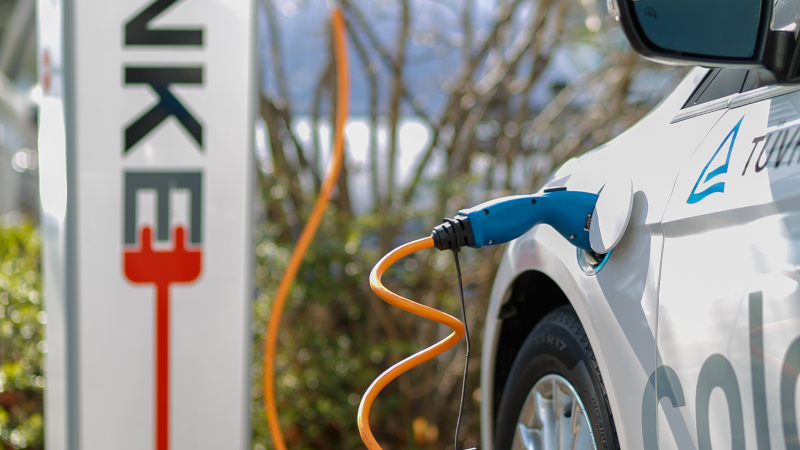 It’s an old saying with an apocryphal origin: “May you live in interesting times“. We Brits are certainly living in interesting times at the moment, as a perfect storm of the pandemic, rising energy prices, global supply chain issues, and arguably the post-Brexit departure of EU-national truck drivers has given us shortages of everything from fresh vegetables in the supermarket to carbon dioxide for the food industry. Of particular concern is a shortage of automotive fuels at the filling station, and amid sometimes-aggressive queues for the pumps it’s reported that there’s a record uptick in Brits searching online for information about electric cars.

This sudden interest in lower-carbon motoring may be driven by the queues rather than a concern for the planet, but it’s certainly true that as a culture we should be making this move if we are to have a hope of reducing our CO2 production and meeting our climate goals. A whole slew of lifestyle changes will have to be made over the coming years of which our car choices are only a part. Back to those beleaguered Brits again, a series of environmental protests have caused major disruption on the motorway network round London, not protesting against the traffic but campaigning for better home insulation.

For reasons of personal circumstance rather than principle, earlier this year I gave my trusty VW Polo to an old-Volks-nut friend and now rely on a bicycle. Living where I do within reach of everything I need it hasn’t been as challenging as I expected it to be, and aside from saving a bit of cash I know my general fitness level has gone up. Though I have less need for a car now than I used to, I intend to find myself another vehicle in due course so that I can do silly things such as throwing a Hackaday village in the back and driving halfway across Europe to a hacker camp. With an awareness that whatever I choose should be as good for the planet as I can make it then, I’ve been cruising the used-car websites to see what I can find.

Of course I’d like an electric vehicle, but there’s the snag that many of you will no doubt share with me, electric cars ain’t cheap. As an impecunious scribe I can just about find one that’s maybe a decade old, but when its range is less than I can easily cycle without getting tired it becomes little more than a very expensive automotive project in terms of its use to me. I’ve reached the odd conclusion that one of the greenest vehicles I can find is on the face of it the least green, if I run a diesel car from the 1980s on biodiesel derived from vegetable oil which is readily available pre-taxed where I live from industrial processors then I can drive around as close to carbon-neutral as possible.

So I could pick up a super-reliable old Mercedes for a song and waft around on used chip fat, but here I meet a problem. When it comes to being green it’s not so much the greenness that matters as being seen to be green, and as a result our whole approach to the matter has been one of perception and technology rather than affordability. In short: it’s easy for higher earners to buy an electric car, insulate their homes, fit solar panels, or buy a heat pump, but for the  lower earners who make up much of the population who can’t afford to replace their gas boilers even though they’re belching out CO2 many of those things remain a distant dream.

My chip fat Merc would arguably have a lower net CO2 output per mile than that Tesla whose power comes from a coal or gas fired power station, but the received opinion of the world around it would be that it’s old and dirty, and that I should scrap it and somehow achieve the impossible and find the cash to buy a Tesla.

Here’s the rub. If aspirations of green living only available to those with money are transformed into legislation and requirements are imposed upon people at all levels of society, there is an inevitable disconnect between aspiration and reality. This understandably leads to resentment of environmental requirements among those without the means to meet them.

If Only A Few Can Afford To Be Green, How Can We Meet Our Targets?

This should be of concern to environmentalists and politicians, but closer to home it’s a problem for we engineers too. When we approach environmental problems we do so with solutions that are high-tech, our minds are too often on the elegance of the solution rather than on its practicality for mass adoption. We should be thinking about how a heat pump system can be transformed into a no-brainer upgrade for someone on a modest income, or why an electric conversion industry for fossil-fuel cars hasn’t taken off except for a few boutique classic cars despite promising signs. It’s no use justifying a ten-thousand-dollar-plus purchase by saying it will save that much in lower bills over so many years, when the customer simply can’t rustle up the $10k in the first place. To make progress with such things they can not simply be a lifestyle choice enabling the well heeled to pat themselves on the back for their chequebook environmentalism.

It would be a convenient device as a writer to sign off with some witty one-liner involving the phrase “costing the earth” to signify both unaffordability and urgency in one go. But it’s better to end with a question: If you have a Big Idea for a bit of climate-saving tech, can the person who delivered your Uber Eats order afford it? If not, we need to do more work before we can call it a solution.