A 3D-Printed Block And Tackle For Those Annoying Lifts 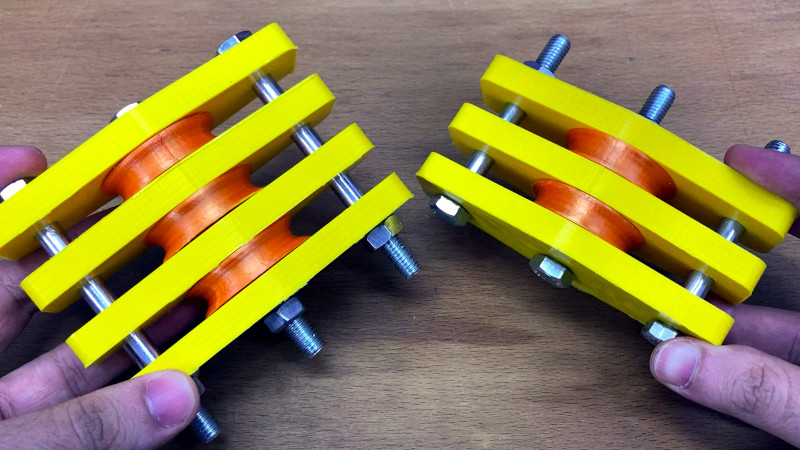 Perhaps the humble block and tackle — multiple parallel pulleys to reduce the effort of lifting — is not such a common sight as it once was in this age of hydraulic loaders, but it remains a useful mechanism for whenever there is a lifting task. To that end [semi] has produced a 3D-printed block and tackle system, which as can be seen in the video below the break, makes lifting moderately heavy loads a breeze.

It’s a simple enough mechanism, with the 3D printer supplying pulleys, chocks, and attachment points, and steel bolts holding everything together. It’s demonstrated with a maximum weight of 20 kilograms (44 pounds), and though perhaps some hesitation might be in order before trusting it with 200 Kg of engine, we’re guessing it would be capable of much more that what we’re shown. Should you wish to give it a try, the files can be found on Thingiverse.

The block and tackle should hold a special place in the hearts of engineers everywhere, as the first product manufactured using mass-production techniques. It shouldn’t be a surprise that this early-19th century factory came from the work of Marc Brunel, father of Isambard Kingdom Brunel who we’ve made the subject of a previous Hackaday piece.