Youngkin continues call for ‘audit’ of election machines in Virginia 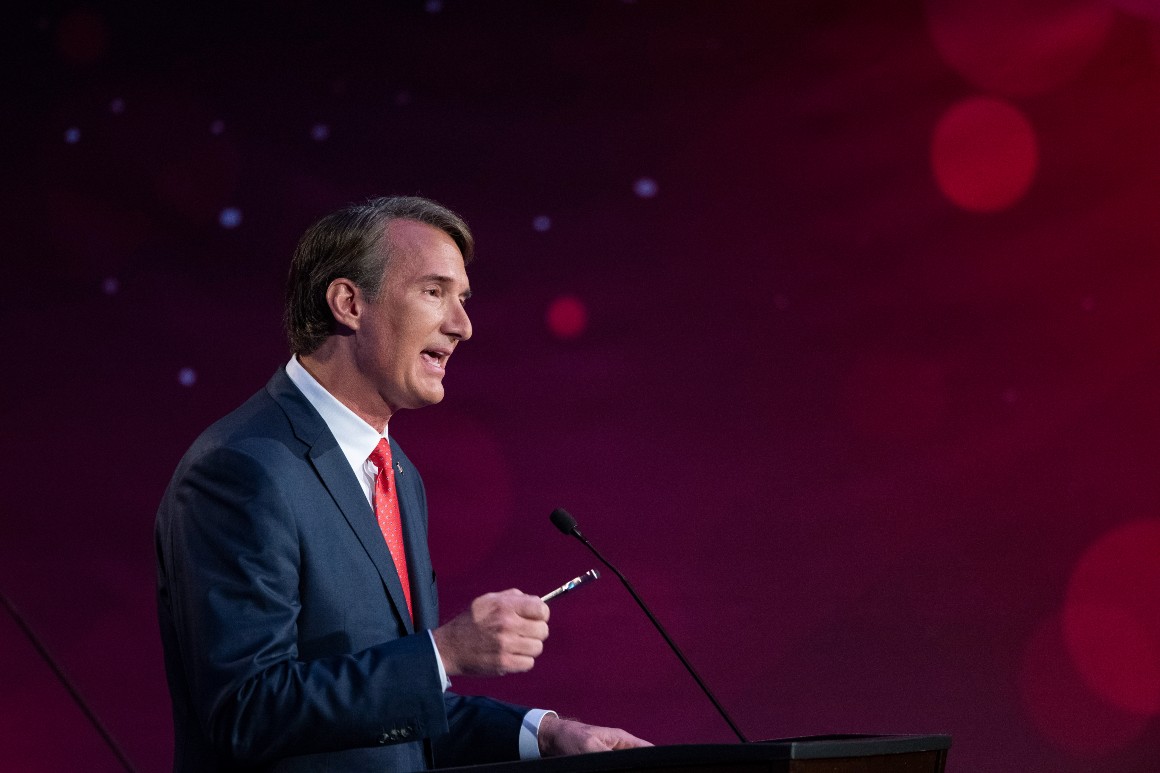 Virginia Republican gubernatorial nominee Glenn Youngkin continues to call for an “audit” of the voting machines in his state, an echo of the Republican push to investigate 2020 election results around the country following former President Donald Trump’s unfounded claims of fraud.

“I think we need to make sure that people trust these voting machines,” Youngkin said at a Monday event hosted by a Richmond civics group, according to a video reviewed by POLITICO. “I grew up in a world where you have an audit every year, in businesses you have an audit. So let’s just audit the voting machines, publish it so everybody can see it.”

Virginia’s state elections department has already conducted a post-election audit, running a statewide “risk-limiting audit” for the first time after the last election. The process tests the accuracy of voting machines and has been increasingly embraced by election security professionals as a safety measure to guarantee accurate vote counts. The Virginia audit confirmed the 2020 results in the state.

Youngkin’s call for auditing voting machines in Virginia comes amid Republican efforts in other states to launch their own reviews of the 2020 election. His campaign said that he has been clear on where he stands on the 2020 election: He has repeatedly said that he believes President Joe Biden was legitimately elected, including during the Monday event, and called the 2020 results “certifiably fair” in the final debate with his opponent, former Democratic Gov. Terry McAuliffe, last week.

Unlike Virginia’s risk-limiting audit, many election officials and security experts have rejected the GOP’s recently completed review in Arizona, as well as copycat efforts in other states, as unprofessional endeavors rooted in conspiracy theories. While Youngkin has often alluded to the so-called “election integrity” movement inspired by Trump’s lies, he has rejected the mythology that Biden was not legitimately elected. Democrats have spent the Virginia gubernatorial campaign, which recent polling has shown to be a close race, seeking to tie Youngkin to Trump, especially on the “election integrity” platform.

“As Glenn Youngkin said in February, he believes audits are a best practice when it comes to administering elections — just as audits are a routine best practice in the business world — and he will ensure Virginia continues to conduct audits going forward and that they are thorough, efficient, and accurate,” Youngkin spokesperson Matt Wolking said in a statement. “Obviously Terry McAuliffe opposes requiring a photo ID to vote, but if he does not support routine audits, updating the voter rolls regularly, verifying mail-in ballots and other election best practices identified by bipartisan experts, he should be clear with Virginians about where he stands.”

Trump’s false statements about losing the election due to fraud have played a major role in eroding his supporters’ trust in election systems, as the push for other election reviews continues across the county.

State Sen. Amanda Chase, whom Youngkin defeated in the gubernatorial primary and has since served as a Youngkin surrogate, has embraced Trump’s falsehoods about the 2020 election. She visited Arizona while that review was going on, and she has also called for a review in Virginia beyond the elections department’s risk-limiting audit.

“It’s important that we audit Virginia. It’s important we have a forensic audit, not the faux audit that the State Board of Elections did,” Chase said at a rally outside the state Capitol in August.

Chase, who has proudly proclaimed herself “Trump in heels,” said at a Martinesville rally on Monday that “the single most important thing we can do to protect election integrity in Virginia is to get Glenn Youngkin elected as our next governor.”

Democrats criticized Youngkin’s call for a review of voting machines.

“Glenn Youngkin is calling for audits of Virginia’s voting machines for the same reason he based his entire campaign on his ‘election integrity task force’ — this is who he is,” said Manuel Bonder, a spokesperson for the state Democratic Party. “Youngkin thinks this is ‘the most important issue’ because his top priority is bringing Donald Trump’s agenda to Virginia.”

The Youngkin campaign also attacked McAuliffe for campaigning with Hillary Clinton, who repeatedly called Trump an “illegitimate” president during his time in the White House.

The race between McAuliffe and Youngkin has been close, with most polls showing McAuliffe ahead by a few points but Youngkin well within striking distance. McAuliffe has sought to make the election a referendum on Trump, who endorsed Youngkin. Youngkin accepted the former president’s backing, but he bristled when McAuliffe needled him about it on the debate stage last week, saying he was trying to distract from the issues important to Virginians and the candidates’ own policy positions.

“There’s an over and under tonight on how many times you are going to say ‘Donald Trump,’ and it was 10,” Youngkin said last Tuesday. “And you just busted through it. You are running against Glenn Youngkin.”

Trump has also claimed baselessly that there will be cheating in this year’s Virginia election. “The Virginia governor’s election, you better watch it,” Trump said in a September appearance on John Fredericks’ radio show, which is popular among Virginia conservatives. “You have a close race in Virginia, but it’s not close if they cheat.”