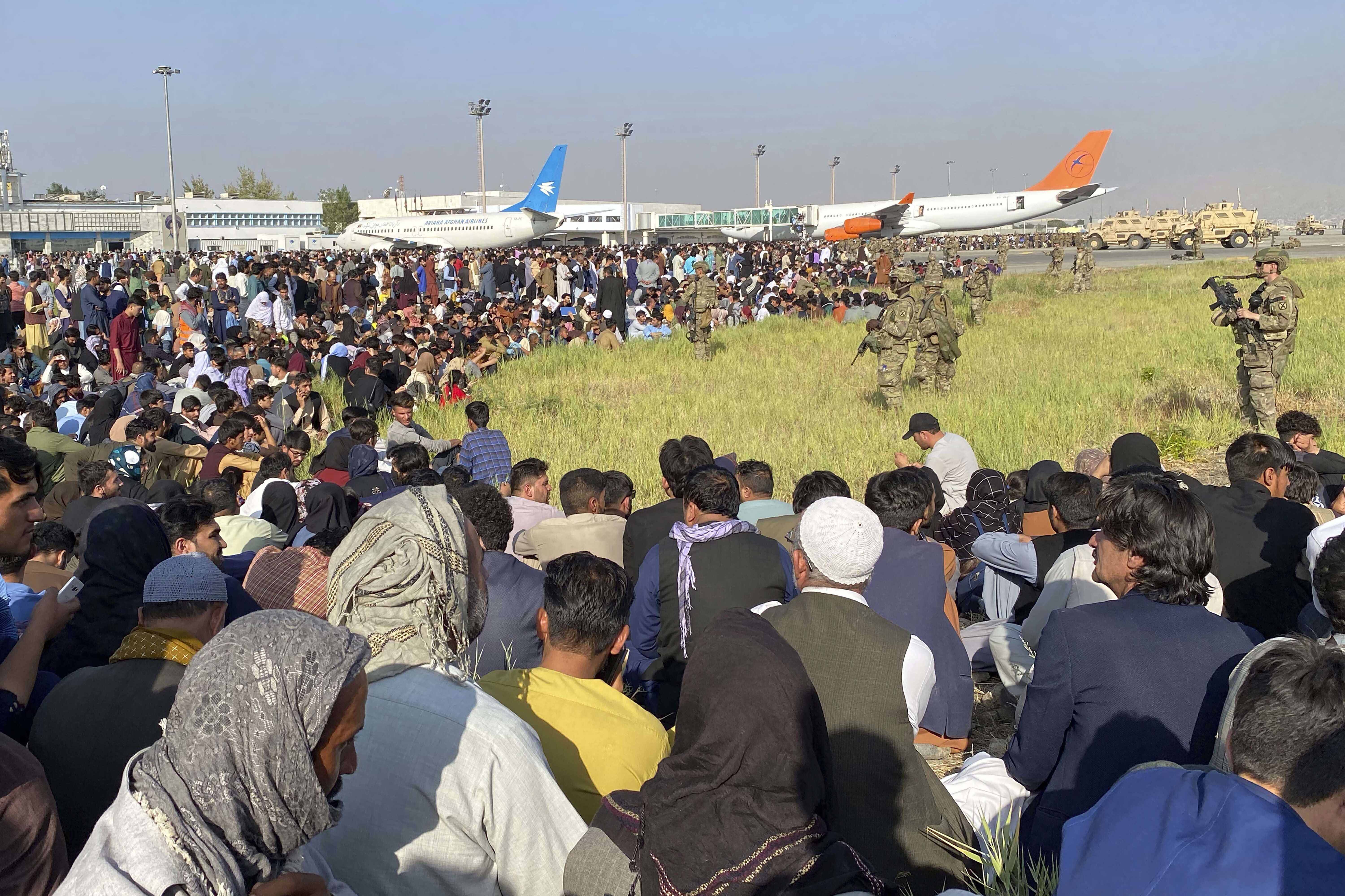 The White House on Friday was still unable to say how many Americans remained stranded in Afghanistan, while appearing to describe the situation on the ground in Kabul as more dire than senior administration officials have acknowledged in recent days.

“We don’t have a precise number,” White House communications director Kate Bedingfield told CNN in an interview, saying the official U.S. tally of Americans in Afghanistan had been muddied by those who may have departed the country over the past six months.

“As of a few weeks ago, we had already begun reaching out to all American citizens who were in Afghanistan via email, via text, via messaging app to hear from them and to understand their plans and work with them to get them out, if they want to get out,” Bedingfield said. “And so that is a massive logistical operation that’s underway.”

Addressing the ongoing U.S. evacuation mission out of the international airport in Kabul, Bedingfield’s remarks seemingly included several caveats, and she declined to guarantee that all Americans and Afghan allies would be transported safely out of the country.

“The president has committed, we will get every American who wants to get out, out of Afghanistan. And we are working to move as many of our allies — who helped us, who stood by us, who helped our servicemen and women — get out as possible,” Bedingfield said.

Pressed further by CNN on whether the administration was prepared to leave some people behind in Afghanistan, Bedingfield responded: “We are doing everything we can to get as many people out who want to get out before the Aug. 31 deadline. That is the sole focus of the president of the United States and his team right now. They are doing everything operationally within their capacity to get out.”

President Joe Biden told ABC News in an interview Wednesday he would maintain the U.S. military presence in Afghanistan beyond the end of the month — his self-imposed withdrawal deadline — if evacuation operations were not yet completed.

But Pentagon spokesperson John Kirby said in a news briefing Thursday there had “been no decision to change the deadline” and conceded that an extension of the timetable for evacuations would need tacit approval from the Taliban in the form of a new agreement between U.S. officials and commanders of the militant group.

The U.S. military evacuated roughly 3,000 people from Hamid Karzai International Airport on Thursday aboard 16 American C-17 transport planes, the White House said. Of that total, 350 of the evacuees were American citizens and the remainder were families of American citizens, Special Immigrant Visa applicants and their families, and vulnerable Afghans.

Over the last 24 hours, 11 charter flights also departed the airport carrying an unspecified number of people, according to the White House. The U.S. military has evacuated roughly 14,000 people from Afghanistan since the end of July and roughly 9,000 people since Aug. 14.

Still, numerous media reports and social media posts have depicted desperate and increasingly dangerous scenes outside the airport in Kabul, as Americans and Afghan allies struggle to navigate past the Taliban’s checkpoints and face violence from its fighters.

State Department spokesperson Ned Price appeared to downplay the level of chaos in a news briefing Thursday, saying he understood “that things are moving quite efficiently at this hour at the airport now.” Price also said that the department had received only “a small handful of reports” from Americans in the region.

On Friday, however, Bedingfield was more explicit in assessing the threats to potential evacuees in Kabul. “Obviously, look, this is an incredibly violent and chaotic scene on the ground. It’s dangerous. It’s dangerous for our troops who are there working to get people out. So we are trying to move quickly,” she said.

“Of course, the images that we’re seeing are heartbreaking, they’re appalling,” Bedingfield added. “It is a scary moment.”