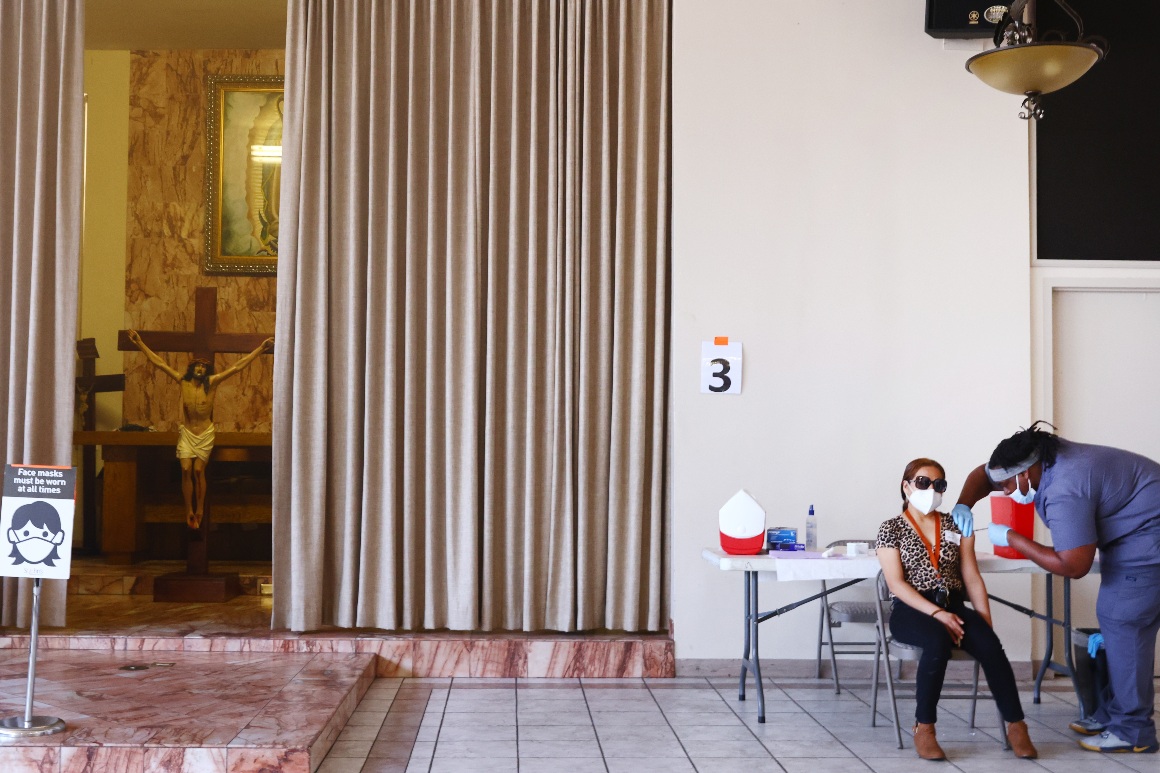 Biden administration and state officials hoped that pastors would play an outsized role in promoting Covid-19 vaccines, but many are wary of alienating their congregants and are declining requests to be more outspoken.

POLITICO spoke with nearly a dozen pastors, many of whom observed that vaccination is too divisive to broach, especially following a year of contentious conversations over race, pandemic limits on in-person worship and mask requirements. Public health officials have hoped that more religious leaders can nudge their congregants to get Covid shots, particularly white evangelicals who are among the most resistant to vaccination.

The White House, which acknowledged it will fall shy of its goal of vaccinating 70 percent of adults by July 4, has stressed its robust campaign to inoculate the country will continue for months to come, though the strategy has largely shifted from mass vaccination sites to more targeted local efforts. With the rapid spread of the highly transmissible Delta variant, particularly in areas of the country where vaccination rates are lagging, the Biden team is making a renewed effort to enlist help from trusted community leaders like pastors while other initiatives like million-dollar lotteries and giveaways have failed to meaningfully blunt the steep drop-off in vaccinations.

State health officials are conducting informal focus groups and outreach to try to ease pastors’ concerns about discussing vaccination, but progress is often elusive, they said. Many pastors said they have already lost congregants to fights over coronavirus restrictions and fear risking further desertions by promoting vaccinations. Others said their congregations are so ideologically opposed to the vaccine that discussing it would not be worth the trouble.

“If I put forth effort to push it, I’d be wasting my breath,” said Nathan White, a pastor at Liberty Baptist Church in Skipwith, Va., a small town near the North Carolina border.

The pastors POLITICO spoke with are located across Virginia and Tennessee, mostly in predominantly white communities. Some in rural areas lead overwhelmingly conservative congregations while some in more suburban areas said their churches were more politically mixed. Each pastor had been vaccinated but not all were eager to discuss it with their congregations.

Polls have consistently shown that white evangelicals are among the groups most hardened against vaccination. The most recent, a June survey from the Kaiser Family Foundation, found that 22 percent of white evangelicals said they would “definitely not” get the vaccine, a figure that’s barely budged since April. About 11 percent said they wanted to “wait and see” how the vaccines perform. 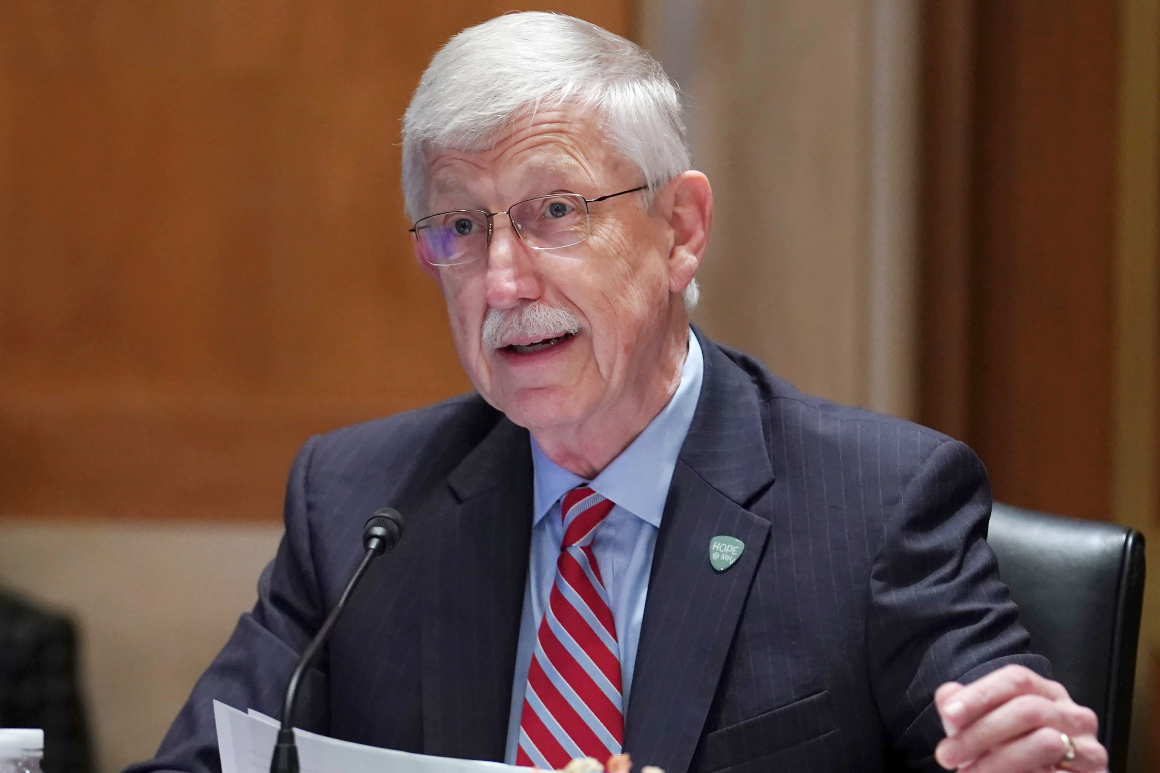 NIH Director Francis Collins, a devout Christian who has used his ties to the faith community to promote public health measures during the pandemic, said he regretted that pastors have faced “such a barrage of negative responses” from congregants.

“It’s heartbreaking that it’s come to this over something that is potentially lifesaving and yet has been so completely colored over by political views and conspiracies that it’s impossible to have a simple loving conversation with your flock,” Collins said in an interview. “That is a sad diagnosis of the illness that afflicts our country, and I’m not talking about Covid-19. I’m talking about polarization, tribalism even within what should be the loving community of a Christian church.”

Biden administration officials have often talked up the role faith leaders could play in the vaccination effort. The White House Office of Faith-Based and Neighborhood Partnerships holds a call at noon every Thursday with faith leaders from across the country offering tips and sharing resources that can help them encourage people to get vaccinated, an administration official said. Collins has appeared with evangelical leader Franklin Graham to tout the safety and efficacy of Covid vaccines, and Biden has talked up vaccination during his Easter message and the National Day of Prayer.

“Since day one of this administration, faith leaders have played a key role in the vaccination effort,” said Josh Dickson, a White House senior adviser on faith engagement. “As trusted community voices, they continue to be essential partners in our work to connect with people of all backgrounds and geographies about the safety and efficacy of the vaccines.”

Besides Graham, some other prominent evangelical leaders have encouraged vaccination. Robert Jeffress, who called the vaccines a “gift from God,” hosted a vaccination clinic at his 14,000-member megachurch, First Baptist Dallas. Conversely, there are also prominent examples of pastors cautioning worshippers not to get vaccinated.

Some faith leaders told POLITICO they lamented that Covid vaccines have become the latest flashpoint in the country’s growing political divide.

“Folks at one point who felt they could at least straddle the political differences in their congregation now feel that it is almost impossible to do that,” said Dan Bagby, an emeritus professor of pastoral care at Baptist Theological Seminary in Richmond, Va. “It is a significant issue for a number, if not a majority, of congregations.”

Virginia vaccine coordinator Danny Avula in focus groups he’s led with evangelical pastors has sought to persuade them to play a more active role in promoting vaccinations. The state offers content that can be plugged into church newsletters, testimonials that faith leaders can share and holds virtual town halls for pastors. These efforts have been slow-going, Avula said.

“People are raising the question: Is it our role?” he said. “Is this a stance the church should take given the politicization of this?”

Tony Brooks, a field strategist with the Baptist General Association of Virginia, said he repeatedly urged pastors in northern Virginia to meet with Avula but found almost no takers.

“Most are still gun-shy from all the criticisms they have received over the last 15 months from members on both sides of Covid guidelines,” he said.

To be sure, some faith leaders have actively promoted Covid vaccines. Bill Christian, a spokesperson for the Tennessee health department, said the state Office of Faith Based and Community Engagement speaks with leaders from all faiths and tries to answer any questions.

“The feedback has been overwhelmingly positive and resulted in several hundred small pop-up vaccine events in both minority and vulnerable communities in the state,” Christian wrote in an email.

Black churches have a long history of activism, and many pastors across the South have eagerly spoken about the vaccine. Black adults are now among the least likely to say they will definitely not get vaccinated, according to KFF polling.

“We have not encountered the level of resistance from the clergy,” said Albert Mosley, senior vice president at Methodist Le Bonheur Healthcare in Memphis, Tenn. The health system’s staff has advised pastors on how to field questions about vaccine side effects and misinformation. “That’s part of the overall role the Black clergy see themselves occupying,” Mosley said. 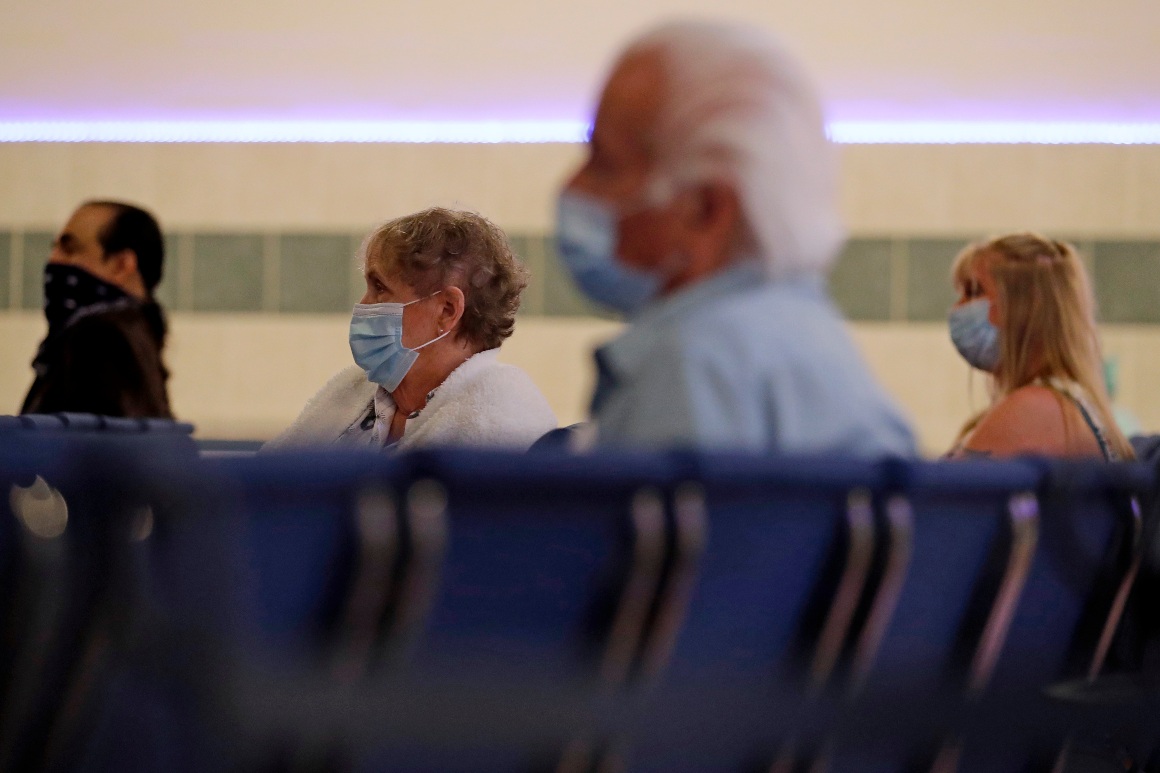 Some pastors who have urged congregants to get vaccinated said they’ve been careful not to seem judgmental or hostile when they’re confronted by misinformation. But they acknowledged feelings among many congregants are especially raw over the pandemic.

Ricky Floyd, a pastor who hosted a vaccine clinic in early April at the Pursuit of God, a large predominantly Black church in Frayser, Tenn., said he’s lost congregants over the past year because of disagreements over reopening and masks.

“I’ve been pastoring for 20 years and Covid has done more damage to the church than anything I’ve seen — more than sex scandals, more than racism,” he said.

Floyd said he was reluctant at first to promote Covid vaccines because he felt that city and state officials weren’t doing enough to make the shots available in his community, though it had been hard hit by the virus. Now, he said, he is more aggressive about promoting vaccines, but resistance among his congregants has hardened.

“When the momentum for the vaccine was high, we didn’t make it available to people,” he said. “We missed the opportunity to convince, convict and convert people.”

Josh Hayden, a pastor in Ashland, Va., decided to host vaccine clinics this spring at his church despite reservations over how they would be received. But he said many of his peers are emotionally spent after intense conversations around race and the coronavirus.

“They are really tired of addressing complicated issues and many are worn out,” he said. “Everything you say or do can make someone frustrated.”