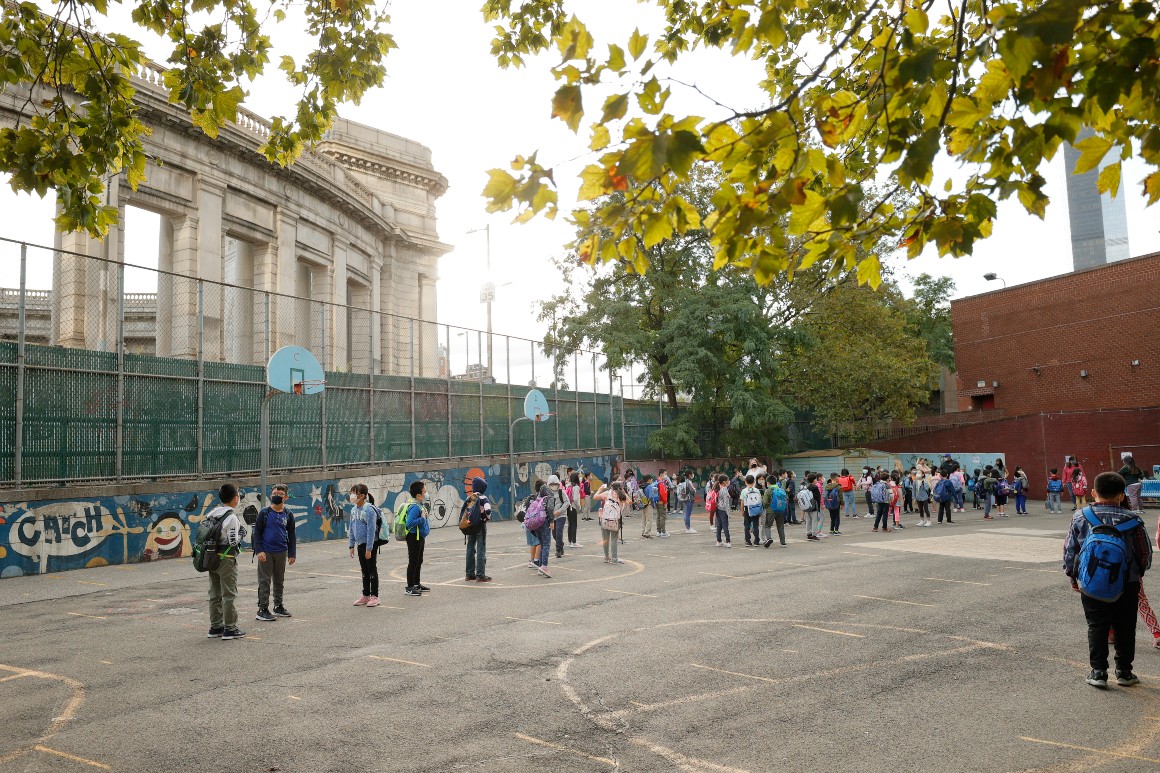 A majority of Americans now support requiring public school students aged 12 or older to be vaccinated against Covid-19 before they can attend classes in person, according to a POLITICO-Harvard survey that shows lingering divisions along partisan, racial and ethnic lines.

Nearly three in four Democrats favor a vaccine mandate for the students while 59 percent of Republicans are opposed. Just over half of self-described independents also are against the mandates. That foretells sharp divisions across the country this fall and winter as local school districts weigh Covid-19 requirements.

Overall support for a student vaccine mandate has ticked up slightly over the last few months as the Delta variant ignited a new wave of cases.

“It’s an established principle that schools are able to mandate childhood vaccines. The question is whether Covid is different,” said Robert Blendon, a professor of health policy and political analysis at the Harvard T.H. Chan School of Public Health, who designed the poll. “Since decisions are being made geographically, Republican counties and states will be very reluctant to add Covid-19 to what children have to receive.”

The findings come as pediatric cases of Covid-19 are surging across the country and local leaders debate whether to mandate shots for students. California this month said that Covid-19 vaccines will be added to the state’s list of immunizations required for school attendance, and some local districts and the state of Hawaii have started requiring teen athletes, band members and students in after-school programs to get shots. Meanwhile, Republican lawmakers in many parts of the country have proactively outlawed Covid-19 vaccine mandates for schoolchildren, and some GOP lawmakers in Congress on Thursday asked Education Secretary Miguel Cardona to uphold state authority to ban vaccine mandates in K-12 schools and colleges.

All 50 states since the early 1980s have had vaccination requirements for students entering school that cover shots for conditions like measles, mumps and rubella. Forty-four states and the District of Columbia grant exemptions on religious grounds, and 15 allow exemptions for children whose parents object on moral or other grounds, according to the National Conference of State Legislatures.

Covid-19 vaccines have not yet been approved for children under 12 years old. On Thursday, Pfizer and BioNTech asked the FDA to authorize their vaccine for children ages 5 to 11. Advisers to the agency will are scheduled to vote on Oct. 26 on whether to recommend the shot for kids in that age group. A final decision by the FDA is expected soon after.

The POLITICO-Harvard poll found that overall support for requiring public school students 12 and up to be vaccinated against Covid stood at 54 percent, up from 50 percent in June. Respondents in households with children ages 12 to 17 were closely divided, with 49 percent in favor and 51 percent opposed.

“For cities, this is very important if they will get lot of cooperation from minority parents,” Blendon said.

Despite intense media attention on anti-vaccine protests, just one in 12 respondents to the survey reported being politically active on mandates, either by going to a public meeting or demonstration, or contacting a school or other public official. Those active on the issue were almost evenly divided between pro- and anti-vaccine camps.

The survey of 1,008 randomly selected adults was conducted between Sept. 28 and Oct. 3.