More than 600 charged in Jan. 6 attack as D.C. braces for pro-defendant rally 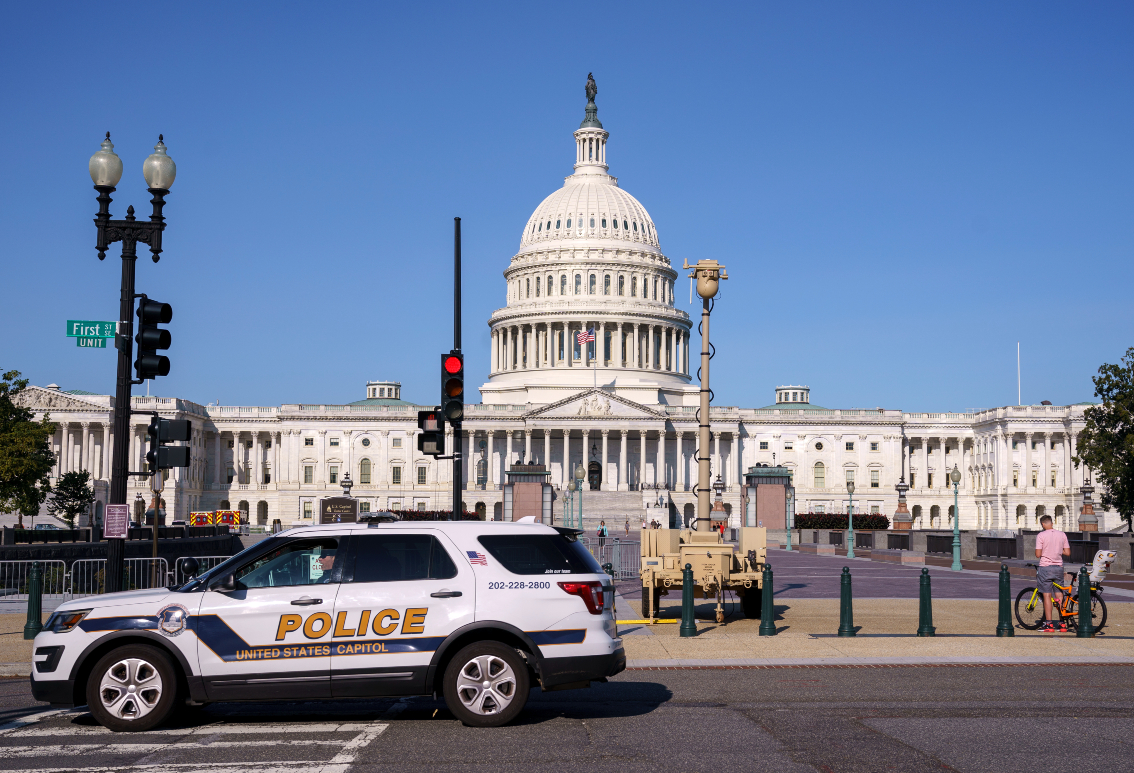 As a former Trump campaign official leads a planned rally to support some of those arrested during the Jan. 6 insurrection, prosecutors have already charged more 600 of those rioters with crimes that range from trespassing to police assault to obstruction of Congress.

A group led by Matthew Braynard is poised to hold the so-called “Justice for J6” rally, claiming unfair treatment of those charged for joining the mob that ransacked the Capitol. It was expected to be significantly smaller than rallies leading up to the Jan. 6 attack, with a permit for 700 people.

The defendants have garnered some sympathy on the right even as most Republicans have shied away from the rally and its rhetoric. Former President Donald Trump expressed support for the defendants but called the rally a “setup” Thursday. No sitting members of Congress have announced their attendance, as the rally provokes a now-familiar sense of anxiety on the Hill.

Braynard has insisted the rally will remain nonviolent, even as he calls those arrested “political prisoners.” Defendants have been charged with severe offenses ranging from assaults on officers to property destruction, though Braynard insists the moniker is only for those charged with nonviolent offenses. He and his allies don’t specifically identify those they say have been unfairly incarcerated for their role in the Jan. 6 attack, with the exception of Jacob Chansley, the rioter famous for donning bull horns and face paint before storming the Senate chamber shirtless and carrying a pole that prosecutors have called a spear.

“If you want a name, Political prisoner #1 is Jake Angeli,” Braynard said in an email, referring to another name for Chansley.

In addition to charging more than 600 people in connection with the attack, prosecutors are quickly resolving dozens of the simplest cases — more than 80 alleged rioters have already or are preparing to plead guilty for their part in the mob, a number that has steadily risen in recent days. Still, the Justice Department is grappling with how to bring many of the most complex cases to trial — particularly those involving militias like the Oath Keepers and Proud Boys, several of whose leaders are sitting in D.C. jail while their charges are pending.

About 60 to 70 other Jan. 6 defendants are detained while awaiting trial. They include Proud Boys leaders Ethan Nordean and Joseph Biggs, Oath Keepers Jessica Watkins and Kelly Meggs, and Timothy Hale-Cusanelli, who expressed overt antisemitism to colleagues at the naval weapons base where he worked prior to his arrest.

Although some judges are expressing concern at the length of pretrial incarceration for some of these defendants, they’ve largely deferred to the Justice Department, which has described the investigation as the largest and most complex in history. Prosecutors are working to establish a comprehensive database of evidence that the Jan. 6 defendants can tap into to prepare for trial, but they’re still processing and organizing thousands of hours of Capitol surveillance video and police body-worn camera footage of the attack eight months ago.

Those defendants were allegedly part of a pro-Trump mob that overwhelmed officers while trying to storm the Capitol. Dozens of officers were injured, one died in the days after the attack and others died by suicide. The Capitol Police pledged reform, vowed to listen to the concerns of rank-and-file officers who felt abandoned during the Jan. 6 attack and hired Thomas Manger as its new leader.

The rally represents a major test of that reform and Manger. Law enforcement has dramatically escalated security at the Capitol in the days before the rally, erecting fencing and surveillance around the Capitol, increasing numbers of officers patroling its grounds and the National Guard standing by to assist. Mobile surveillance equipment dotted Capitol grounds, and Manger urged the public to prepare for road closures in the area.

Manger said Friday that the department’s intelligence gave “mixed messages” on whether the same groups that came to the Capitol on Jan. 6 would appear again on Saturday.

“Over the last eight months, the leadership of the U.S. Capitol Police Department has been preparing, working to ensure that we don’t have a repeat of Jan. 6,” Manger told reporters Friday. “The most likely scenario for violence” on Saturday, Manger said, would be clashes between counter demonstrators and the rally-goers. Law enforcement was tracking three groups of counter demonstrators, he said, of which two had little “history of violence,” though one “had some clashes before.”