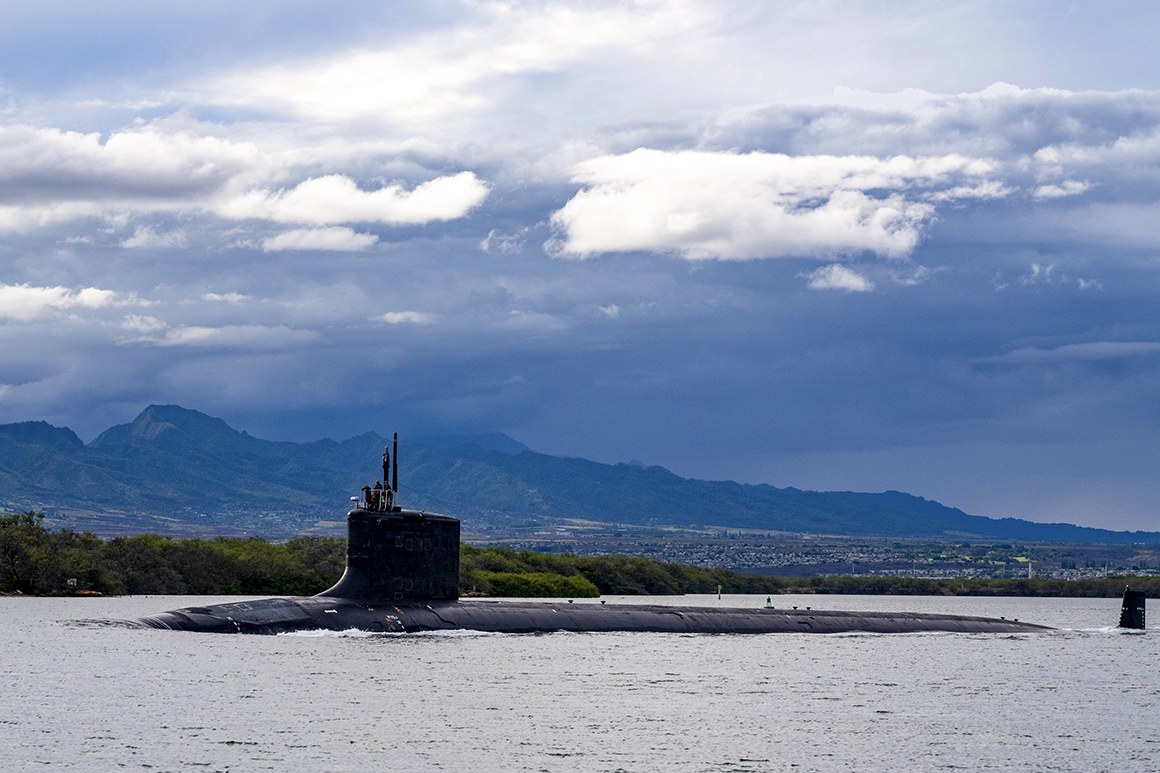 A Maryland couple were arrested Saturday and accused of trying of trying to sell military secrets to a foreign power.

According to the Department of Justice, Jonathan and Diana Toebbe were arrested in Jefferson County, W. Va., where they were allegedly attempting to sell information about the design of nuclear reactors on American submarines to someone they thought was an agent of another country — but who was actually an undercover FBI agent.

“The complaint charges a plot to transmit information relating to the design of our nuclear submarines to a foreign nation,” Attorney General Merrick Garland said in the DOJ’s statement.

Jonathan Toebbe, 42, is described as a nuclear engineer employed by the Navy. The DOJ said he and Diana, 45, first sent information in April to an unspecified country, offering “a sample of restricted data and instructions for establishing a covert relationship.”

“The affidavit also alleges that, thereafter, Toebbe began corresponding via encrypted email with an individual whom he believed to be a representative of the foreign government,” the DOJ said. “The individual was really an undercover FBI agent.”

According to the criminal complaint, the FBI successfully convinced a skeptical Toebbe that he had successfully connected with a foreign agent, including by “conduct[ing] an operation in the Washington, D.C. area that involved placing a signal at a location associated” with the unspecified country. The goal was to persuade Toebbe that he was trading messages with a member of that country’s intelligence service. After several months, Toebbe allegedly struck an agreement to sell restricted data in exchange for thousands of dollars in cryptocurrency.“

On June 26, the couple is alleged to have made its first drop of information in West Virginia, with Diana serving as a lookout.

“There, with Diana Toebbe acting as a lookout, Jonathan Toebbe placed an SD card concealed within half a peanut butter sandwich at a pre-arranged ‘dead drop‘ location,” the Justice Department said.

There was also an exchange in August; the two were arrested after another drop in West Virginia. According to the DOJ, the Toebbes received $100,000 in cryptocurrency — starting with a payment of $10,000 and ending with one of $70,000 — in exchange for the information that they provided and keys to accessing the information on the SD cards.

The Toebbes, who are residents of Annapolis, Md., will appear in court in Martinsburg, W. Va., on Tuesday.

The case stems from a violation of the Atomic Energy Act, 1954 legislation signed by President Dwight D. Eisenhower meant to safeguard the nation’s nuclear secrets.