Less than a quarter of eviction aid disbursed, Treasury says 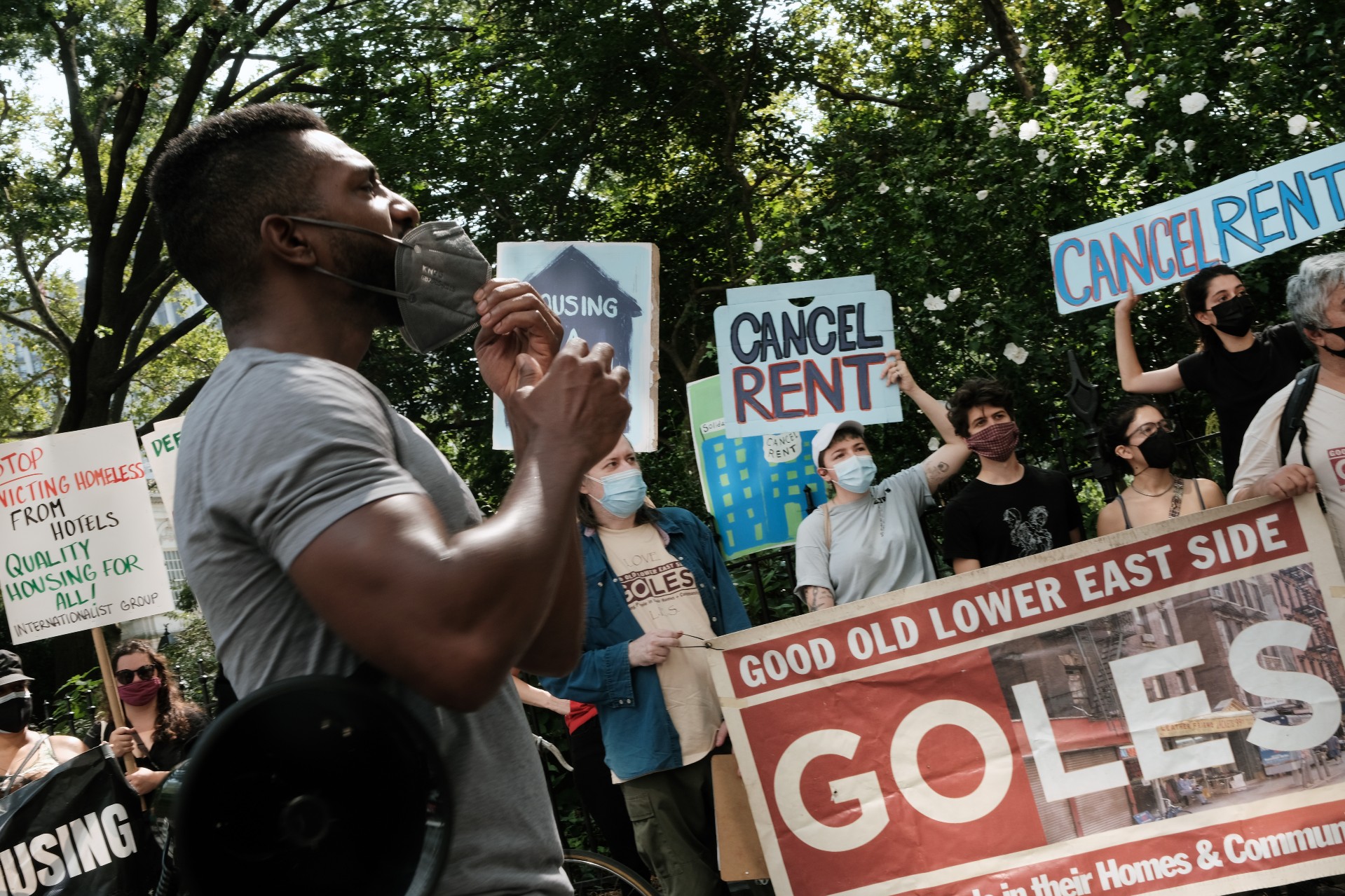 Treasury Department data released Monday showed the disbursement of federal rental aid has started to plateau, despite Biden administration pressure on state and local governments to ramp up delivery of the money to avert evictions during the pandemic.

State, local and tribal officials had disbursed about $10.7 billion in rental assistance as of the end of September, representing less than a quarter of the $46.5 billion Congress authorized in two tranches since last December. The September expenditure marked a 5.6 percent increase from August, which saw a 42.4 percent increase over July.

With some states and cities still experiencing bottlenecks or waning demand, Treasury said Monday it will soon begin the process of recapturing funds from where distribution is lagging. Sept. 30 was the deadline for state and local officials to obligate or disburse 65 percent of the money they received under the first batch of funding or risk seeing it redistributed to other parts of the country.

The White House has been pushing states and cities to pick up the pace for months. The plea grew more urgent after the Supreme Court ended the Centers for Disease Control and Prevention’s nationwide eviction moratorium Aug. 26.

Widespread warnings about a tsunami of evictions once the ban lapsed have so far not come true. Eviction rates are below historical averages. The filing rate for eviction proceedings in September was about half the pre-pandemic rate for the month, according to data collected by Princeton’s Eviction Lab in over 30 cities.

Experts point to several reasons for the lower-than-expected eviction rate since the federal moratorium lapsed. Major renter states including New York and California implemented their own eviction bans. Many states and cities have also put additional legal protections in place for tenants facing the loss of their home, in a strategy Attorney General Merrick Garland has endorsed. And the federal rental assistance, while slow to get off the ground, has helped. Some jurisdictions also require landlords to hold off on evictions once a tenant has applied for aid.

“There’s no question that the 2 million payments and the path to 3.5 million payments in 2021 is making a meaningful difference in preventing the feared surge in evictions, but it is still not good enough,” said Gene Sperling, a senior adviser to the president and the White House’s point person on coordinating relief efforts. “Even with the stronger performance we know that if we don’t do better nationwide, hundreds of thousands of families will still unnecessarily face that painful eviction or risk of eviction.”

Some 8.4 million people are behind on rent, according to the most recent Census Bureau survey, with 3.6 million reporting they are likely to face eviction within two months. The Urban Institute last month estimated that about 2.6 million renter households were in danger of imminent eviction without aid.

While September saw a slight uptick in rental aid distribution, the pace of delivery appeared to largely plateau after making more dramatic gains in previous months. State and local officials released more than $2.6 billion of funding to over 479,000 households last month, compared with August’s disbursement of nearly $2.5 billion to over 436,000 households, according to Treasury.

Sperling said on a call with reporters Monday that a slowdown in the growth rate was natural as more people are being helped.

Treasury officials said Monday that 119 programs had spent at least 80 percent of funding available to them under the first round of aid authorized by Congress, including those run by Virginia, Illinois, New Jersey and New York. Another 90 programs — including 17 states — had spent less than 15 percent of their initial grants.

Some eviction aid programs have more money than they need to meet demand, Treasury Deputy Assistant Secretary Noel Poyo said Monday, adding that the department is in the process of making an initial assessment of potential reallocations.