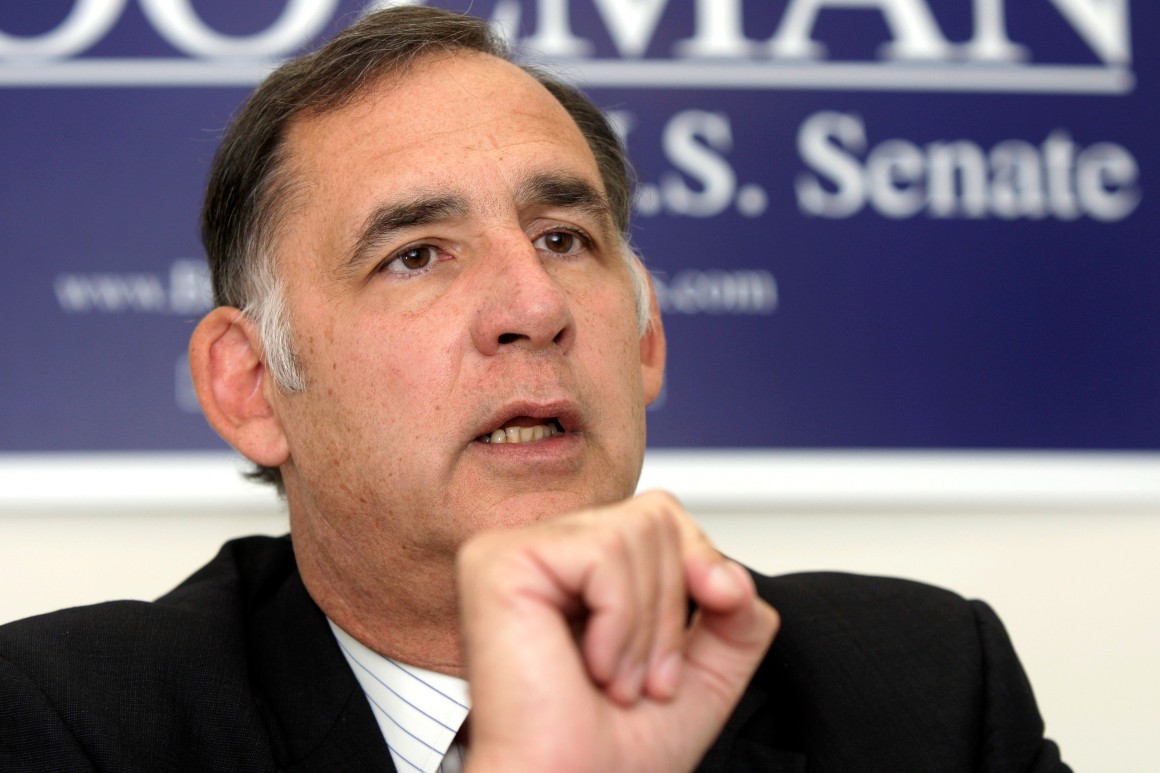 One of the Republican Party’s biggest donors is working to defeat Arkansas Sen. John Boozman in next year’s GOP primary.

Dick Uihlein, a prominent conservative megadonor, is giving $1 million to a newly formed super PAC aligned with Republican Jake Bequette, according to a person familiar with the contribution. Bequette is an Iraq war veteran and retired NFL player who is challenging Boozman.

Uihlein, an Illinois shipping and supply company executive, has a long history of giving to anti-establishment causes. Earlier this year, he cut a $2.5 million check to a super PAC bolstering Missouri Senate hopeful Eric Greitens, a former governor who stepped down from office after he was accused of sexually assaulting his hairdresser. Senior Republicans have expressed concern that should Greitens win the primary, he would jeopardize the party’s prospects of retaining the seat in 2022. In recent years, Uihlein has also backed GOP primary challengers running against the then-governor of Illinois and another Republican senator.

But Bequette, who played college football at the University of Arkansas before being drafted by the New England Patriots in 2012, faces an uphill battle against Boozman, who spent a decade in the House before being elected to the Senate in 2010. While Bequette is running as a staunch Trump supporter, the former president has endorsed Boozman.

Uihlein and his wife, Elizabeth, are among the biggest donors of the 2022 midterms so far. The couple has given millions of dollars to the anti-tax Club for Growth and provided six-figure donations to the GOP’s House and Senate campaign arms and the Republican National Committee.