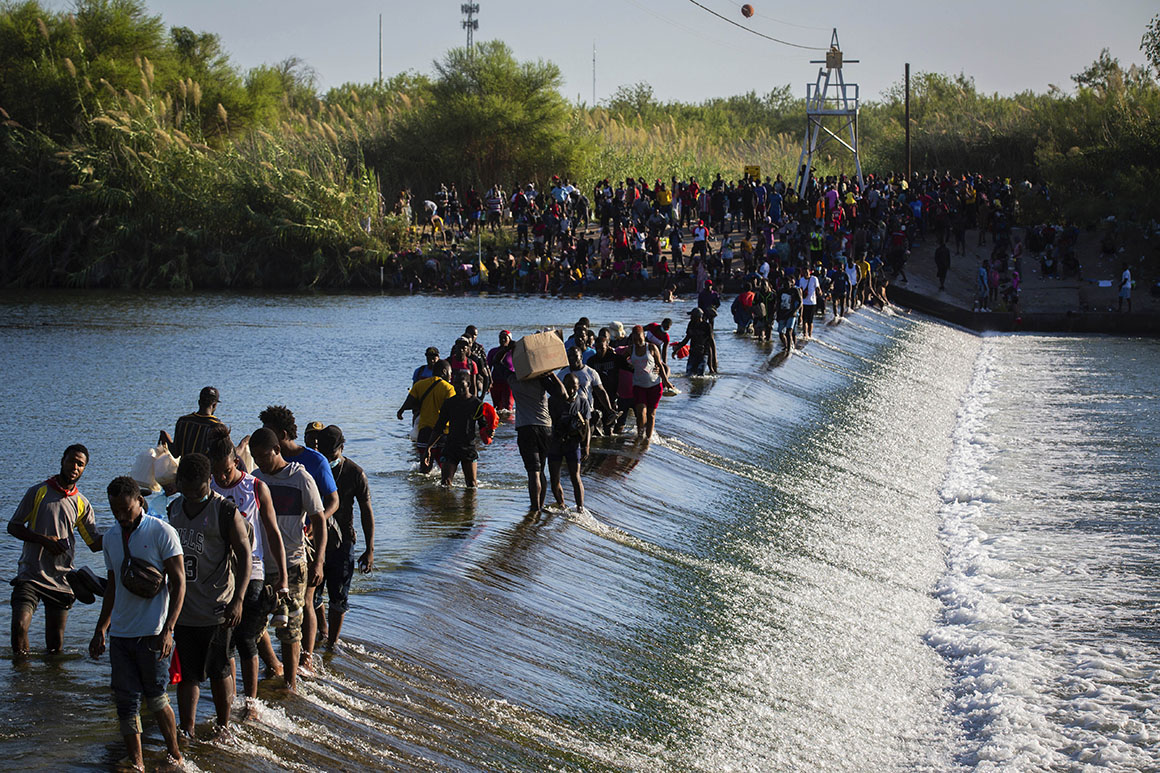 U.S. Customs and Border Protection’s Office of Professional Responsibility has launched a formal investigation into Border Patrol agents after footage emerged showing them on horseback, menacingly using what appeared to be whips on migrants seeking asylum along the U.S.-Mexico border.

The Department of Homeland Security, which said a full probe would help “define the appropriate disciplinary actions to be taken,” has also dispatched additional personnel to oversee future border patrol operations over what’s become a sprawling, make-shift encampment of Haitians in Del Rio, Texas, seeking entry in the United States.

“U.S. Customs and Border Protection’s Office of Professional Responsibility is investigating the matter and has alerted the DHS Office of Inspector General,” a DHS spokesperson said Monday.

Homeland Security Secretary Alejandro Mayorkas directed the Office of Professional Responsibility to be on site “full-time to ensure that the responsibilities of DHS personnel are executed consistent with applicable policies and training and the department’s values,” the spokesperson added.

The announcement of a formal investigation came after a steady flow of outrage over the images. A DHS official called the footage “extremely troubling” and that followed White House press secretary Jen Psaki deeming it “horrific.”

“I don’t think anyone seeing that footage would think it’s acceptable or appropriate,” Psaki said at a press briefing earlier in the day.

Psaki added that she “can’t imagine what the scenario is where that would be appropriate” and that the White House was working to gather additional information.

Mayorkas, who had personally viewed footage of the Border Patrol agents, visited Del Rio on Monday, where he warned migrants against attempting to enter the United States in the same way.

“We have reiterated that our borders are not open, and people should not make the dangerous journey,” Mayorkas said.

A DHS spokesperson added, “We are committed to processing migrants in a safe, orderly, and humane way. We can and must do this in a way that ensures the safety and dignity of migrants.”

Nick Niedzwiadek contributed to this report.