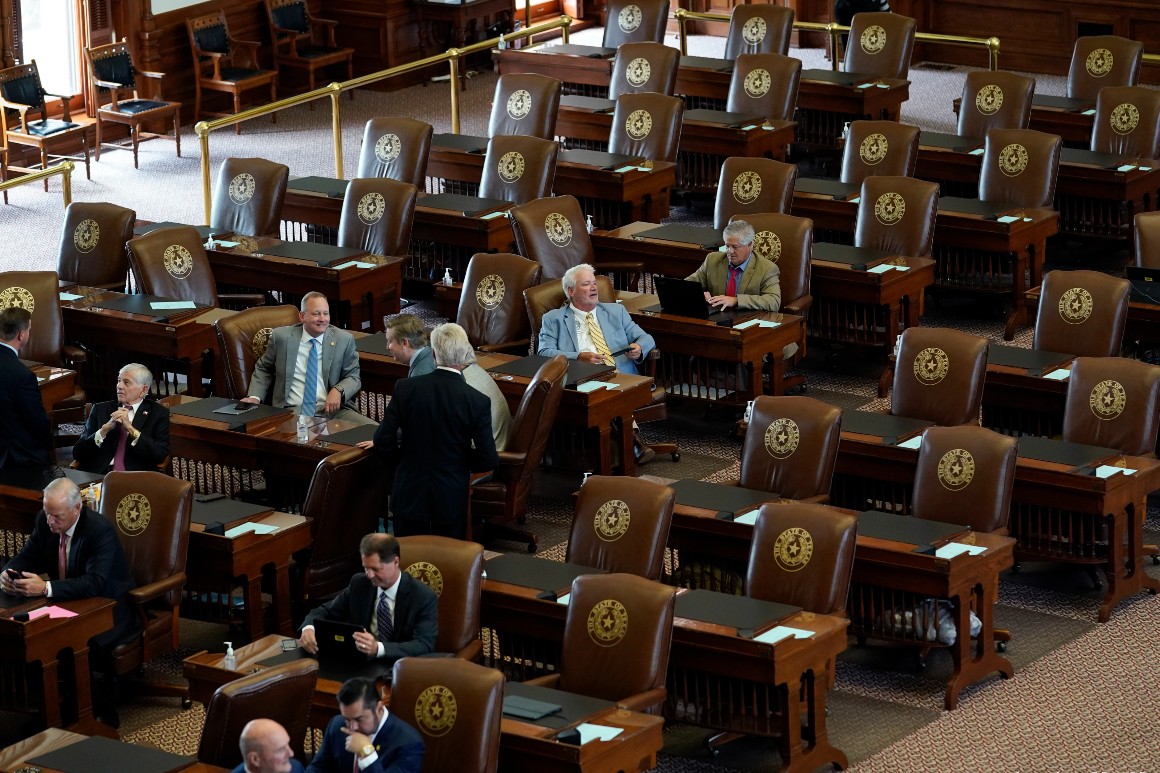 The Texas state House has met quorum, more than a month after Democrats fled to D.C. to protest legislation to restrict voting.

Democratic state legislators left Texas in mid-July to stymie Republicans’ efforts to pass an elections bill that opponents say would place heavy limits on voting, particularly in marginalized communities. More than 50 state senators and representatives fled to D.C. to urge federal lawmakers to push for stronger voting protections and to wait out the governor’s first special legislative session.

Though they succeeded in killing the bill for that session, GOP Gov. Greg Abbott called another immediately. The state Senate has continued to meet for both sessions, while the lower chamber had not met quorum for more than 30 days. At least two dozen Texas Democrats stayed in D.C., and other representatives were absent for reasons related to Covid-19.

The state House had to have 100 present representatives to meet quorum up until Thursday morning, when state Rep. Leo Pacheco’s resignation became effective, lowering the number to 99. Previous state House counts had hovered around 96 and 97, meaning only a handful of representatives needed to appear on the floor to kick off the day. The Democratic caucus had already been struggling with deciding on a clear gameplan once the first special session ended in early August, and around half the representatives left D.C.

State House Speaker Dade Phelan gaveled in more than two hours after the day was set to begin at 4 p.m. Central Time. Democratic state Reps. Garnet Coleman, Ana Hernandez and Armando Walle, who all represent Houston, released a joint statement an hour after the start time, explaining their decision to return to the state Capitol for the second special session, before they appeared on the floor.

“Our efforts were successful and served as the primary catalyst to push Congress to take action on federal voter protection legislation,” the statement read. “Now, we continue the fight on the House Floor.”

Coleman did not go to D.C. because of a surgical procedure, but he supported his colleagues that did leave the state. However, he told the Dallas Morning News on Wednesday he regretted his role in aiding a fracture in the lower chamber during the first special session.

Coleman’s comments and appearance in Austin sparked anger among fellow representatives. Several Democrats who had previously fled to D.C. tweeted against their three colleagues for showing up on the House floor while not making the caucus aware of their plans to do so, even during their meetings Thursday morning. Similar online and internal backlash occurred before when Democratic state Rep. Harold Dutton of Houston returned to the state Capitol during the first special session, and when four Democratic representatives appeared on the floor during the second special session.

“Members, it’s been a very long summer,” Phelan said before adjourning the session for the day. “We’ve been through a lot. I appreciate you all being here, and I appreciate the members who made quorum today. It’s time to get back to the business of the people of Texas.”

The chamber is expected to meet again on Friday.