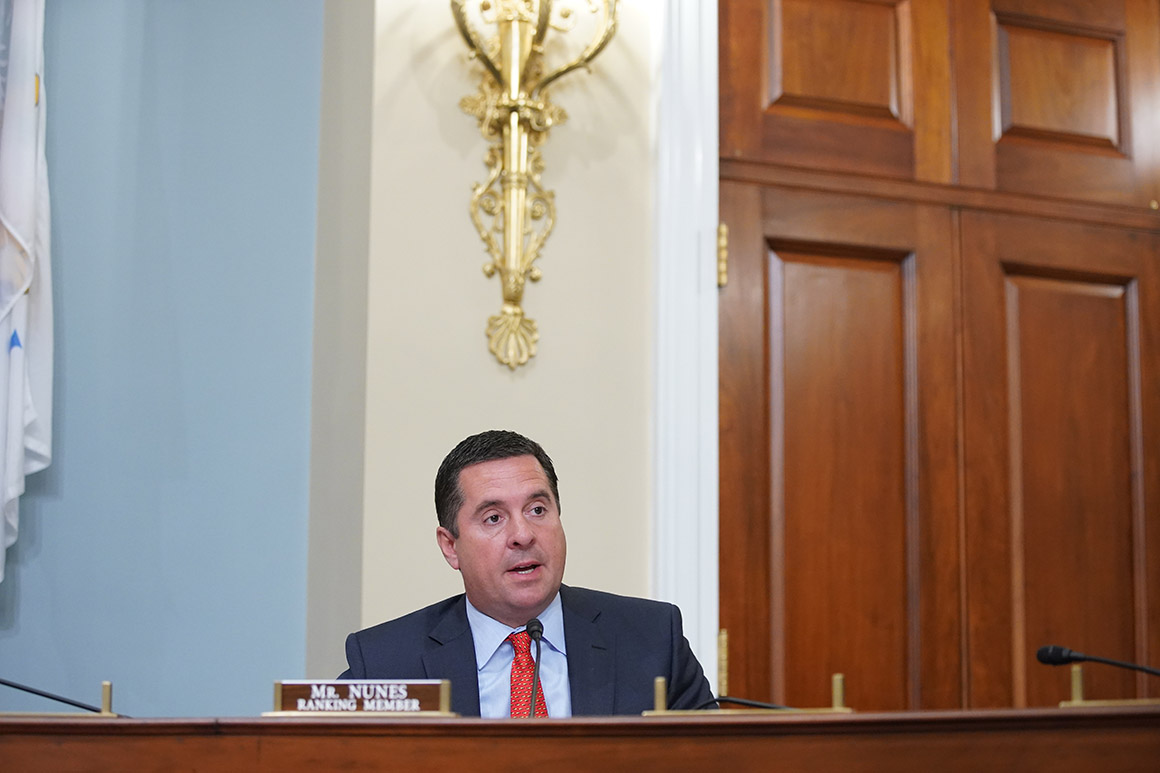 A federal appeals court has rejected Rep. Devin Nunes’ defamation suit over a magazine story about his relatives in Iowa, but the court revived the lawmaker’s claim that he was libeled when a reporter linked to the story in a tweet more than a year after it was first published.

The 8th Circuit Court of Appeals ruled Wednesday that a lower court judge correctly sided with reporter Ryan Lizza over the 2018 Esquire article, “Milking the System,” about how members of Nunes’s (R-Calif.) family quietly moved their farming operations to Iowa. However, the three-judge panel said that when Lizza tweeted out a link to the story late the following year, he essentially republished the story after Nunes had filed suit over it, rejecting what he said was an implication that the Iowa farm employed undocumented immigrants.

“The complaint here adequately alleges that Lizza intended to reach and actually reached a new audience by publishing a tweet about Nunes and a link to the article,” Judge Steven Colloton wrote in an opinion joined by Judges Lavenski Smith and Ralph Erickson. “Lizza tweeted the article in November 2019 after Nunes filed this lawsuit and denied the article’s implication. The pleaded facts are suggestive enough to render it plausible that Lizza, at that point, engaged in ‘the purposeful avoidance of the truth.'”

Colloton acknowledged that other courts have ruled that merely posting a new link to an old story doesn’t necessarily constitute republishing it, but he said those decisions didn’t foreclose the possibility it could sometimes be a republication.

Nunes’ suit against Lizza and Esquire’s publisher, Hearst Magazine Media, was one of a flurry of defamation cases he filed in 2019 against reporters, media entities and others, arguing that he was being trashed because of his support for President Donald Trump in ongoing investigations of Trump’s ties to Russia. Many of the cases have been dropped or dismissed.

Lizza, who joined POLITICO as chief Washington correspondent in August 2019, declined to comment. Attorneys for Hearst who have represented Lizza in the suit did not immediately respond to a message seeking comment. Nunes’ attorney, Steven Biss of Charlottesville, Va., did not immediately reply to a request for comment on the decision.

One First Amendment expert expressed concern about the decision and said the case would merit review by the full bench of the 8th Circuit.

“It’s certainly a novel application of a couple of important libel doctrines, and a potentially troublesome one if the 8thCircuit’s ruling is allowed to stand,” said Chip Stewart, a professor at Texas Christian University. “It’s an odd kind of bootstrapping argument. Nunes claims the underlying article is false. He sues over it. Lizza tweets the exact same story after the lawsuit is filed. And what was originally not actual malice now all of a sudden is, at least plausibly enough for a lawsuit to advance to further costly litigation. All over a tweet that changed nothing about the original story.”

One curious aspect of the ruling is that it appears to open the door to lawsuits against anyone who tweeted or retweeted the original story with knowledge of Nunes’ lawsuit, and to similar claims over members of the public or those with significant social media followings tweeting or retweeting stories after learning that the subject of the story is disputing it in some way.

If the decision stands, the suit would be returned to a district court judge for further proceedings. The appeals court decision did not find Lizza or Hearst liable for the retweet but left those issues for the district judge to revisit.

Stewart said the appeals court’s ruling is also disturbing because it allows Nunes, a sitting member of Congress, to press on with his legal campaign against his critics.

“He’s not trying to win money from these lawsuits. He just wants the pain of litigation to deter other critics from writing about him. I’ll admit, I’m hesitant to say even what I’m saying here because I don’t want to trigger a lawsuit from him,” the professor said. “It’s an intimidation tactic that can make a person’s life miserable for a while, and he’s relying on that to curb honest criticism of his duties as an elected official.”

Another defamation suit filed by members of Nunes’ family is currently being litigated in federal court in Cedar Rapids, Iowa.