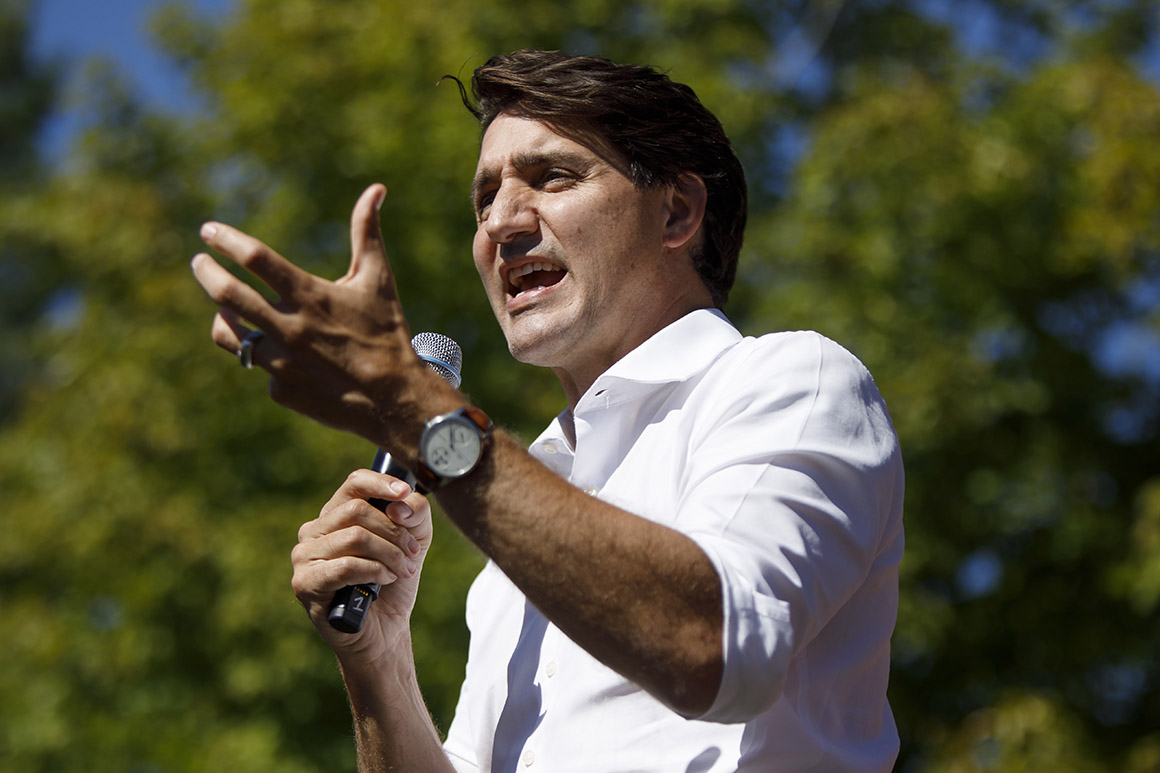 OTTAWA — Canada will soon require that travelers show proof of a Covid-19 vaccine before departure, but sources who spoke with POLITICO say Ottawa is still far behind on figuring out the technology for this new mandate.

As of Oct. 31, bureaucrats — both those working from home and in federal offices — will need to be vaccinated or else will be placed on unpaid leave, while travelers will need to furnish a proof of vaccine before boarding a plane or train.

Conspicuously lacking from that announcement was any update on the “Pan-Canadian Proof of Vaccination,” which the Trudeau government announced in August, just before triggering a federal election.

A government backgrounder released Wednesday said simply that “this document, which will be available to travelers in digital formats, will be easily recognized and trusted” and that it will “make it easy and quick for travelers to provide transportation operators and border officials in other countries with their validated COVID-19 vaccination history needed to facilitate travel.”

As POLITICO reported previously, plans for that nationally and internationally recognized document are taking longer than expected. The European Union has had its continent-wide vaccine passport online since the summer.

Since November, the Trudeau government has tried to marry a disparate network of provincial and territorial vaccine registries — hiring accounting and tech giant Deloitte to create a bridge between those various systems.

Step one, due for “mid-fall” according to an internal government presentation, was to get all provinces and territories onto a single standard for that proof-of-vaccination — through a QR code issued at the local level that could be scanned and validated across the country, and abroad.

A further step was to create a federal portal to allow Canadians to receive a Government of Canada-stamped proof-of-vaccine, which would be internationally recognized — not unlike an actual passport. Deloitte was hired to figure out how to create a system in Ottawa which could, at least, interact with the various provincial databases.

Today, even that first step is off to a rocky start. Two sources with knowledge of the plans, neither of whom were authorized to go on the record and spoke on the condition of anonymity, say that while there has been progress, there is still not consistency across the country.

Most, if not all, of the provinces and territories have agreed to adopt an internationally recognized QR code standard — one that should mean an app in New Brunswick could scan a Manitoban’s proof-of-vaccine QR code, and it would validate that the proof is legitimate.

Part of the problem is, one source said, that provinces have their own definitions of what constitutes “fully vaccinated” and aren’t keen to get on the same page. Nova Scotia, for example, recognizes anyone who received a full course of any World Health Organization-approved vaccination, such as Sinovac, as fully vaccinated, while Ontario does not.

If Ottawa had a role to play in smoothing out those differences, it doesn’t seem to be playing it.

“They basically said, ‘Here’s how you’re going to talk to each other,’ and now the provinces have to figure it out,” one source said. “It’s fully decentralized, and that makes sense given how healthcare ‘works’ in this country.”

Some provinces have fully signed on to the federal standards: Quebec, British Columbia, Manitoba and Saskatchewan have published the cryptographic keys that will allow their QR codes to be read in other jurisdictions who employ the same standard, and in each others’ provinces. It’s expected Ontario’s vaccine passport will operate on a similar standard. This internationally recognized format should integrate with the vaccine passport apps in California, New York and elsewhere.

What remains to be seen is how air carriers and VIA Rail will validate the disparate types of vaccine records for travelers. One source said they expect carriers Air Canada and WestJet to simply develop their own applications. This is precisely why Canada began working on a proof-of-vaccine issued by the federal government.

Trudeau said his government was working to “integrate the proof of vaccination digital codes into [the air carriers] online booking process so that when you print out your boarding pass at the airport or in advance there will be a clearly marked proof of vaccination thumbs up or check mark so that the gate agent does not have to be checking documentation,” he said, without specifying how those carriers will validate the vaccine record.

A spokesperson for Immigration, Refugees and Citizenship Canada told POLITICO that Ottawa continues to work on that national vaccine database. “The standardized, pan-Canadian proof of vaccination is a factual document that shows a traveller has been vaccinated against COVID-19,” the spokesperson wrote in an email. “It is expected to have a common look and include the holder’s COVID-19 vaccination history, such as the number of doses, vaccine type(s), and date and place where doses were administered.”

That document will be useful for travel within Canada and beyond, they wrote, and could even be used as a domestic vaccine passport.

“We continue to target a fall timeline,” they wrote.

Not all of the headaches are in government. The proliferation of these various vaccine passport applications is also facing a bottleneck on the industry side. As provinces and territories have been releasing applications to both display and validate those QR codes to both citizens and businesses, they have relied on the ubiquity of the Apple and Google app stores.

One source said that while Apple has been expeditious in approving those apps, Google has been considerably slower. That has hobbled some provinces’ efforts to release their vaccine passport applications, and update existing versions.

Asked about the delays, a Google spokesperson told Politico that “our team is working hard to expedite reviews to enable COVID-19 vaccine passport apps to be published on the Play Store.” The spokesperson said that there can be “additional layers of review, such as verification that an app is properly authorized by, or associated with, an official government entity, to help ensure the safety of users and the Google Play ecosystem.”

Yet in recent weeks, there has been a flood of fake versions of Quebec’s VaxiPass app into the Google Play store.

“[The] tech giants are not able to move fast,” one source said. “Deloitte is slow. Small actors are not in the system, nor do they have the contacts. So it’s a procurement nightmare.”

The Government of Canada is, however, about to launch a central registry: But not for proof of vaccinations.

As part of their plan to require federal public servants to be vaccinated, Ottawa intends to create a database to track those employees’ vaccination status. But because Ottawa can’t scan or validate their proof of vaccination, they will require those workers to sign attestations that they are, in fact, vaccinated. Those attestations will be tracked through the “Government of Canada Vaccine Attestation Tracking System.”

The system experienced outages not long after it was launched on Wednesday.

Federal employees will need to log onto that system in the coming weeks to affirm they are, in fact, vaccinated. Trudeau insisted that “we are putting in place significant processes to ensure those attestations are in fact real” but did not say what those processes would look like.