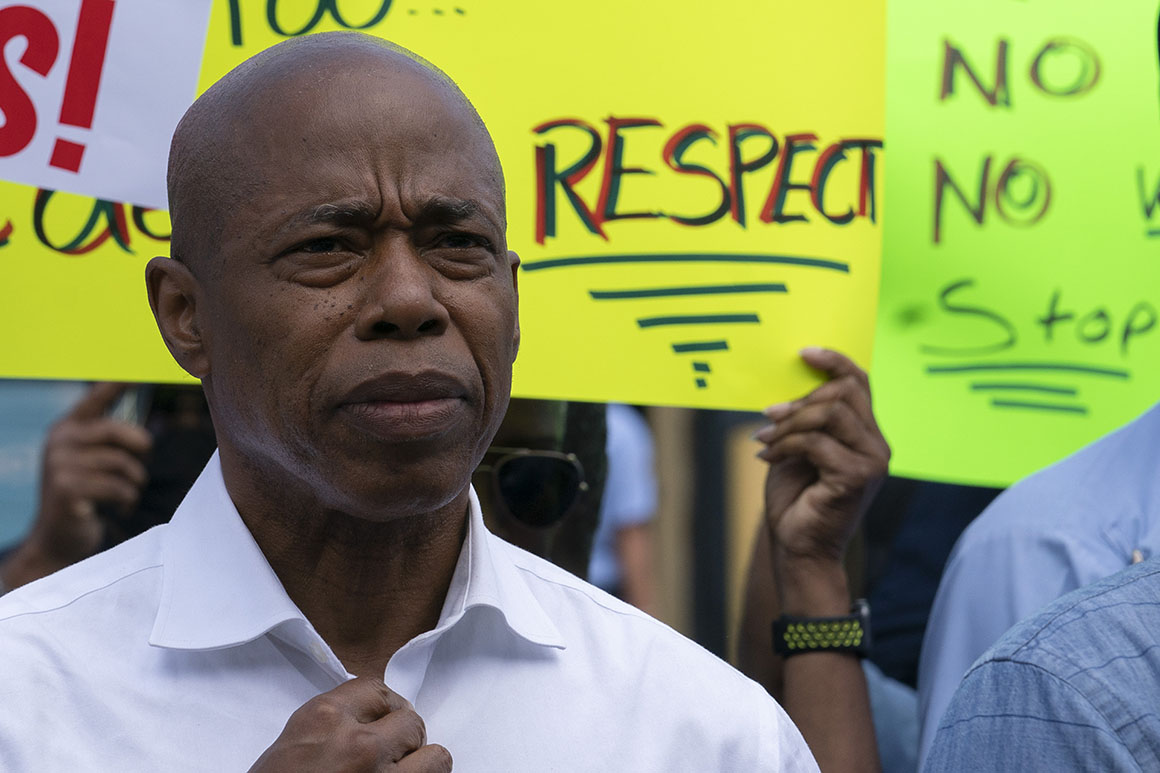 The faceoff opened with questions about Adams’ residency, following a report in POLITICO this week detailing inconsistencies on official documents regarding the Brooklyn borough president’s permanent address and the unusual hours he keeps in his government office at Borough Hall.

“Eric is literally trying to convince New Yorkers where he lives, and that he lives in his basement,” Yang said in his opening, calling Adams “hypocritical” for attacking Yang’s decision to leave Manhattan for his second home in New Paltz during the height of the pandemic last year.

Wiley piled on, saying Adams should come clean about how much money he collects from his tenants. POLITICO previously reported that three years of his tax returns omitted any mention of rental income; Adams said he updated the returns but his team has yet to release them.

Adams has said he lives in the basement unit of his Bedford-Stuyvesant row house, and on Wednesday allowed reporters to inspect his windowless bedroom and cluttered quarters to prove his residency. During the debate, he used the opportunity to tout his humble roots and workaholic approach.

Five of the eight leading Democrats were invited to the CBS debate. Shaun Donovan, Ray McGuire and Dianne Morales were not included due to their standing in the polls.

As the hour-long exchange pivoted to public safety — which polling shows is a leading concern for New Yorkers amid a rise in gun violence — one candidate stood apart.

Wiley, an attorney who worked as Mayor Bill de Blasio’s government lawyer for two years before heading his police accountability panel, would not commit to allowing police officers to keep guns.

She began answering the question of whether she would take firearms from officers by saying safety is “job one.” When pressed by moderator Marcia Kramer, Wiley said, “I am not prepared to make that decision in a debate.”

Following the debate, her campaign attempted to clean up her answer: “It’s a ridiculous question; no one is even discussing taking guns away from cops — clearly Maya wouldn’t,” spokesperson Julia Savel said.

“My first act as mayor will be to go to the police and say we need you,” Yang added.

The candidates were in agreement on questions about regulating second-hand smoke from marijuana, changing streets named for slaveholders and not requiring bikes to have license plates.

All but Yang agreed congestion pricing should be enacted immediately — he said he would be open to flexibility on timing.

In one tense exchange, Wiley brought up an audit Stringer recently conducted of Garcia’s time running the city sanitation agency under the guise of camaraderie with the former commissioner and to presumably attack the comptroller for what she considered a nakedly political act. That exchange opened the door to criticisms of Garcia’s efficacy at the helm of the uniformed department, which she has disputed.

And in a bit of levity, the five candidates were asked what they can’t live without.

Stringer said coffee; Wiley expressed devotion to her children and cats; Garcia voiced her desire for a manicure; and Yang answered his wife, Evelyn. Perhaps the most interesting response was delivered by Adams — a bubble bath with rose petals.