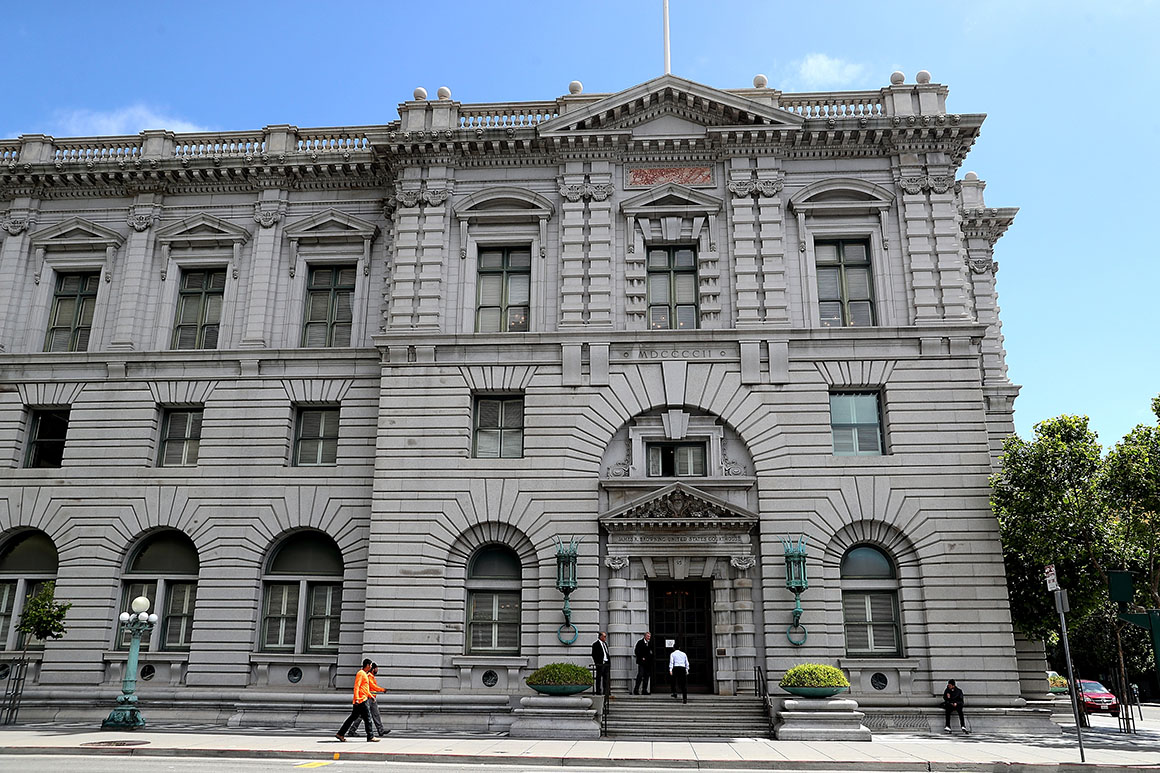 A divided federal appeals court panel ruled on Tuesday that a California state law aimed at phasing out private detention facilities in the state cannot be enforced because it is likely to unconstitutionally intrude on the federal government’s power.

The 2-1 decision from the 9th U.S. Circuit Court of Appeals overturns a District Court ruling that upheld the 2019 California legislation, known as A.B. 32.

“AB 32 cannot stand because it conflicts with this federal power and discretion given to the Secretary in an area that remains in the exclusive realm of the federal government,” 9th Circuit Judge Kenneth Lee wrote, joined by Judge Bridget Bade. “It bars the Secretary from doing what federal immigration law explicitly permits him or her to do.”

Both of the judges in the majority were appointed by President Donald Trump, while the sole Democratic appointee on the panel, Judge Mary Murguia, dissented. She argued that preventing the federal government from using private detention facilities did not amount to an unconstitutional infringement of the federal government’s authority to enforce immigration policy.

“Nothing in AB 32 prevents the federal government from apprehending and detaining noncitizens who are present in the country unlawfully,” wrote Murguia, an appointee of President Barack Obama. She argued that California’s move fell within the state’s established powers to regulate the health and safety of those within its borders.

Murguia also faulted the majority for painting the California law as one targeting immigration detention, when it also covers criminal and pretrial detention facilities that the Justice Department contracted with before the Obama administration chose to stop using private jails for that population.

“Nobody meaningfully disputes that the health, safety, and welfare of detainees within a state is within the state’s historic police powers,” she wrote. “There is no support in our case law for narrowing our view of AB 32 to its potential effects in the immigration context.”

The appeals court’s majority also ruled that the California law unconstitutionally discriminates against the federal government because it could continue using private detention facilities only under contracts in place in 2019 and likely to expire in 2024, while the state could keep using private detention facilities to meet court-ordered prison caps through the end of 2027. (California has already stopped using those facilities for state prisoners, but Lee said the state could reverse itself and still comply with the law.)

The appeal that was ruled on Tuesday followed suits brought by the private prison operator, Geo Group, and by the Justice Department after passage of the California law. Last October, San Diego-based Judge Janis Sammartino, a George W. Bush appointee, turned down their requests for a preliminary injunction against the statute. The Justice Department maintained its stance against the law, even after appointees of President Joe Biden took leadership in the department.

“This case is not about the wisdom of the federal government’s decisions, but about preserving its discretion to make decisions,” Justice Department attorneys wrote in a March brief.

A Justice Department spokesperson declined to comment on the ruling, but the decision on the California private prison law could be of some use to federal government lawyers in their pending case against Texas’ law seeking to rein in abortions by offering bounties to private citizens to sue abortion providers and those who aid people seeking abortions.

DOJ attorneys are arguing in that case that the law impedes federal government operations, even though it has no language explicitly discussing the federal government. A federal judge in Austin is currently considering the Justice Department’s motion to enjoin the Texas statute.

An attorney for Geo Group had no immediate comment on the 9th Circuit decision. There was no immediate response to a message seeking comment from the California attorney general’s office.