Not Over It: Kim K and Pete Are Still a Thing, JAY-Z Becomes a Hall of Famer, and Someone Should Check on Jake Gyllenhaal 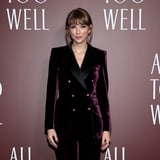 November was a big month for music: Adele released her long-anticipated album, 30, and showed off her circle of celebrity friends in concert; Taylor Swift had the entire world buzzing about her rumored relationship with Jake Gyllenhaal thanks to the release of Red (Taylor’s Version), and JAY-Z earned himself a much-deserved spot in the Rock & Roll Hall of Fame. And that’s just the tip of the iceberg – in this week’s episode of Not Over It, we’re recapping all of the biggest headlines of the month, complete with an update on Cardi B’s latest celebrity BFF and a check-in on what exactly is happening with Pete Davidson and Kim Kardashian.