If you loved Big Little Lies, you may want to know how to watch Nine Perfect Strangers online for free to catch Nicole Kidman’s latest mystery (and we’re not just talking about her accent.)

Nine Perfect Strangers—based on the 2018 book of the same name by Liane Moriarty, the same author of Big Little Lies—premiered on August 18 on Hulu. The show follows nine strangers from the city who attend a 10-day mind and body retreat at the Tranquillum House, a health and wellness resort that promises to transform and heal guests who stay there. However, as fate would have it, the resort isn’t what it seems and the guests soon discover dark secrets about each other and their Tranquillum House house host, Masha (played by Nicole Kidman). The show is created by David E. Kelly, who’s also created shows like Big Sky, All McBeal, Boston Legal and Big Little Lies, which also starred Kidman.

Who is in the Nine Perfect Strangers cast? 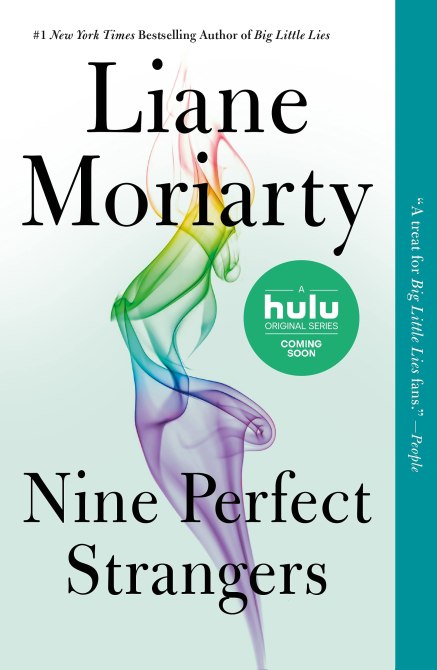 Is Nine Perfect Strangers based on a true story?

Nine Perfect Strangers isn’t based on a true story but on Liane Moriarty’s 2018 book of the same title. Still, there are still true parts to the show. In an interview with Good Housekeeping, director Jonathan Levine explained that the show is based on a lot of real research on wellness retreats and that Kidman’s performance could be based on Gwyneth Paltrow, the founder of Goop.

“We definitely researched wellness retreats, and we had consultants from many of them,” Levine said.“We certainly talked to people who can help us with the authenticity of the show.” He added, “I’ve read that Nicole is doing a Gwyneth Paltrow impression or something like that. I was surprised to hear it, it was never our intention.”

He also confirmed that the show was filmed at a real wellness retreat in Australia, which added to the authenticity on set.  “We shot in a real wellness center, so we were essentially living the show,” he said. “Everyone was drinking their juices every day, everyone was eating that food that was presented to them; you can’t overstate how much realer it feels when you’re in an actual space.”

He continued, “There was a point when we were going to shoot in Los Angeles, and it was going to be done in three separate residences and eight rooms built on a soundstage, but that wouldn’t have had the same feel as all of us showing up at the same wellness retreat every day, eating in the same room, doing all these things that were consistent with the reality of the show.”

While the show, for the most part, was inspired by Moriarty’s book, Levine did hint that were some creative differences made. “The only time we would think beyond our story was when it came to the relatability of the struggles of these characters,” he said. “There wasn’t any sort of winking in what we were doing, beyond that notion that we were going to have fun with the material. We were going to try to be entertaining, we were going to take big swings, and we were going to be totally ambitious. But I can’t think of a time when we were trying to subvert that or make fun.”

How many episodes is Nine Perfect Strangers?

Nine Perfect Strangers has eight episodes. The first three episodes were premiered on August 18. One new episode is released each week on Thursdays until the finale on September 22.

How to watch Nine Perfect Strangers online for free

If you’re a Verizon customer (or know someone who is), there is another free option. For a limited time, customers with unlimited plans, such as Get More Unlimited and Play More Unlimited, have access to Verizon’s complimentary The Disney Bundle, which includes Disney+, Hulu and ESPN. Disney+ and ESPN are nice, but Hulu is the real reward here to watch Nine Perfect Strangers online for free.

So how do you claim your free Hulu subscription? Well, Verizon has a FAQ here that explains the steps a Verizon customer needs to take to access Disney+ for free, but here’s the gist: Go to My Verizon site or the My Verizon App. In the app, go to the Plans & Devices page and click Explore Adds. On the site, choose Account on the top menu and click Add Ons & Apps.

There, customers will be able to choose The Disney Bundle, which includes Disney+, Hulu and ESPN. After choosing the bundle, click Get It Now. Enter the email address you want to use for your subscriptions, check your email for confirmation and voila. You can now watch Nine Perfect Strangers online for free. The package ends in May 2021, so it’s best to sign up soon.